LEO A DALY designed historic renovations to revitalize a 1929 community landmark in Nebraska City, Nebraska. Originally built as a monument for military veterans and a resource for the community, the Nebraska City Veterans Memorial Building functioned as a performing arts center, community kitchen, classroom and meeting space for veterans’ groups and other local organizations. In its heyday, the building hosted weddings and receptions, even boxing matches and basketball games. Today, the building remains on the National Register of Historic Places, but its usability has wavered.

Over the years, time took its toll on the 20,000 square-foot building. Interiors began to crumble. Bathrooms became unusable. Lack of ADA compliant facilities made accessibility difficult for some of the veterans the building commemorates. And lack of adequate heating and cooling made occupant activity difficult in extreme hot or cold weather. Meanwhile, modifications made throughout the years had obscured some of the building’s original architectural flourishes, such as its 10 signature arched windows.

Preserving the past and designing the future

In 2015, LEO A DALY partnered with the community’s grass-roots 501(c)3 non-profit dedicated to preserving the landmark building and restoring its functionality. We provided preliminary design services to support a successful Community Development Block Grant (CDBG). In 2019, we commenced design of significant upgrades to restore the majestic building’s usefulness in the community, including new lavatories and HVAC systems as well as a modern elevator for vertical transport between the building’s three levels. All of the restoration design respects the original architecture and has been approved by History Nebraska (formerly the State Historic Preservation Office). This vital government approval effectively affirms restoration will not adversely affect the building’s historic character, and the approval is critical for the community to receive future tax-increment financing for restoration. Construction is estimated at $1.5 million.

Renovation design specifies electric, high-efficiency furnaces and heat pump systems for winter heating and summer cooling. Fourteen mechanical systems were needed to condition the space and supply it with fresh air because of its size and configuration. Where possible, new equipment will reuse existing locations such as the hanging furnaces in the dining hall. In some cases, mechanical equipment is incorporated and concealed in the architecture, including a small mechanical closet added below the balcony of the auditorium. A mechanical mezzanine also hangs from the ceiling of the auditorium as it did previously, while a new mechanical room will occupy space next to the new elevator.

Renovated lavatories provide modern functionality and are universally accessible to individuals with mobility restrictions. With two restrooms on each level, they help bring the building up to today’s codes for assembly spaces. Throughout the building, the restoration design salvages and repurposes existing material such as wood, doors and terrazzo flooring.

An elevator in this historic building will greatly enhance mobility . Strategic placement of the elevator keeps it out of view from the historic auditorium. Additionally, design challenges stemmed from limitations on penetrating the existing roof. A machine-room less elevator type was specified to reduce its footprint. 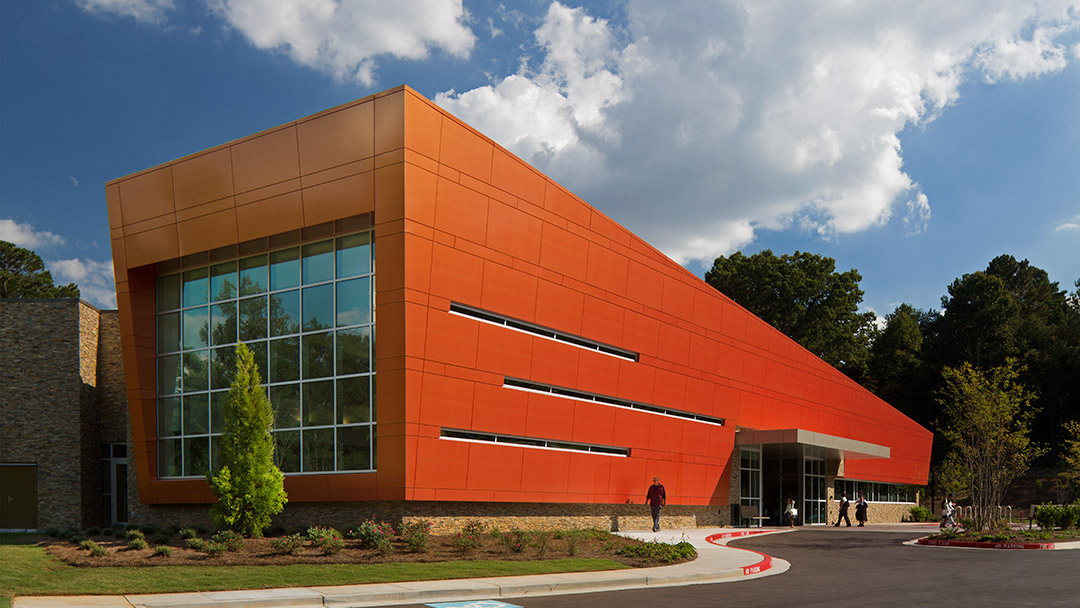