LEO A DALY has served as the College of Saint Mary’s campus architect/engineer since 1955. Over the past 60+ years, we have updated, revised and improved multiple buildings and systems on the campus, including multiple science education facilities.

The original three-story, 32,000-SF, 1964 building had not been substantially upgraded for years. College leadership wanted all the renovation work to be completed over the summer break, so classes could use the building the following fall semester. The project included:

Given the aggressive schedule, a contractor was preselected by the college and brought on in the early phases of the project to help plan and order long-lead items. The final project came in on budget and the college opened the renovated Science Building in time for fall classes.

This 30,000-SF project adapted a 1955-era floor structure to accommodate large rooms that are equipment- and technology-intensive and have critical adjacency requirements. The project included the addition of a new physician assistant (PA) lab featuring 17 exam tables and a scrub station. Just down the hall are six exam simulation and testing rooms. Each pair of exam rooms shares an observation room where instructors – out of site behind one-way glass – can observe, instruct and test students in real-life scenarios.

The expanded Nursing Program facility includes 16- and eight-bed nursing labs, each with an adjacent break-out classroom. Like PA, nursing has a suite of simulation rooms, in this case four hospital rooms sharing two observation rooms. The hospital simulation rooms include general and specialty care, such as an OB/GYN room and a pediatrics room.

In addition to real or simulated medical equipment, the nursing labs and simulation rooms are equipped with high-tech, programmable patient mannequins. The mannequins are controlled by instructors to exhibit a variety of symptoms and to respond, both positively and negatively, to treatment. The combination of mannequins and realistic hospital and clinic environments are invaluable in helping students make the transition from academic theory to practice. 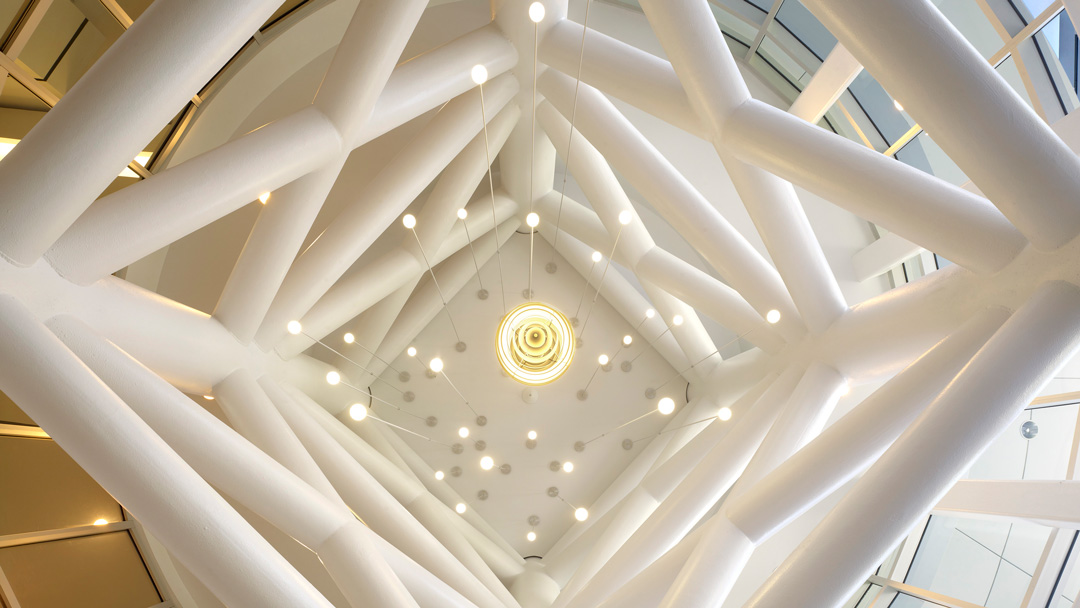