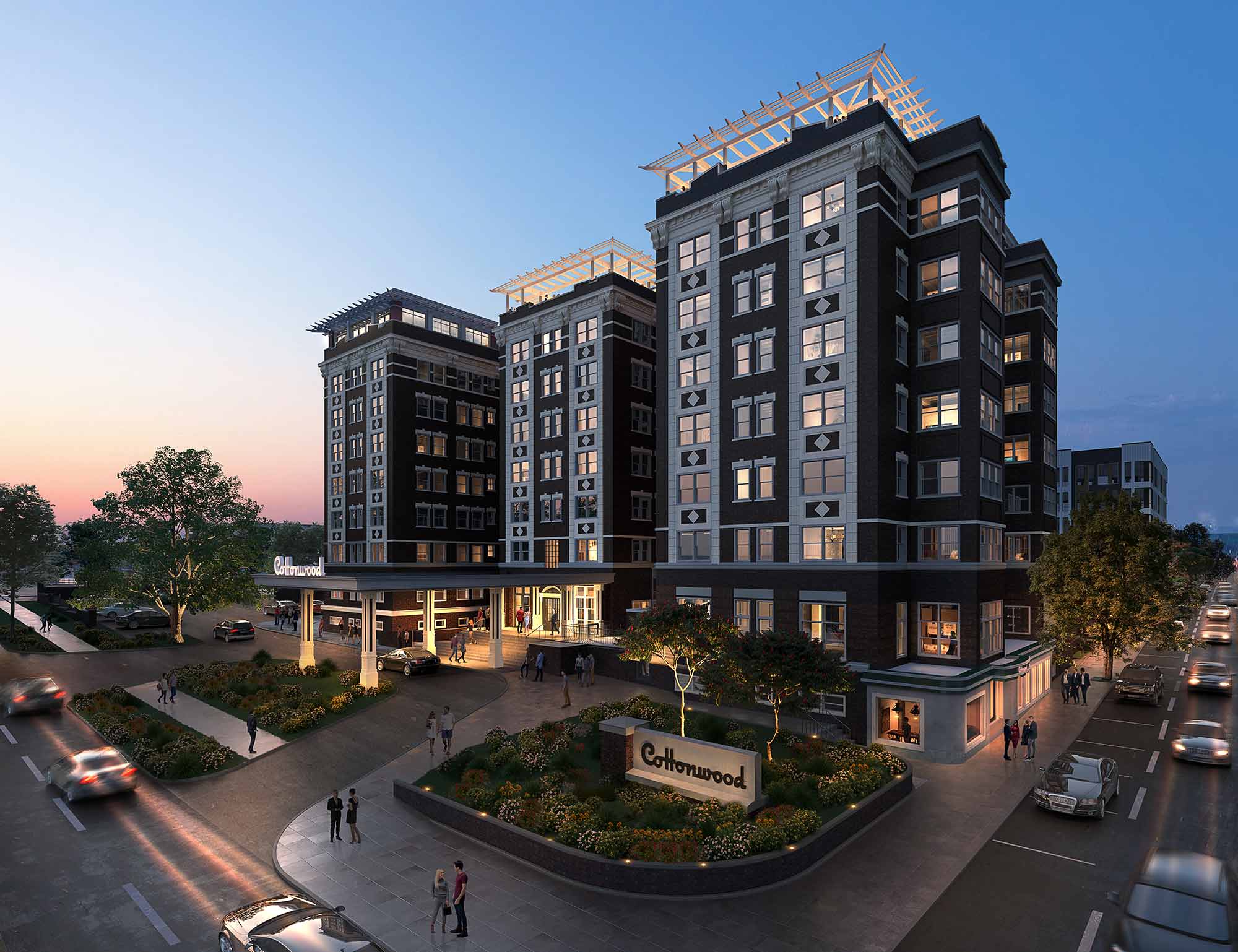 An Omaha hotel built in 1915, famous for creating the first Reuben sandwich and as a destination for presidents and Hollywood stars, will reopen this November. Its guest list formerly included the likes of Bob Hope, Eleanor Roosevelt, Jimmy Stewart and Marlon Brando. Historically known as The Blackstone, the hotel was shuttered in 1976 and repurposed for office use in 1984 — the same year it was listed on the National Register of Historic Places. LEO A DALY and DLR Group’s integrated team of architects, engineers and interior designers meticulously restored the Renaissance Revival style hotel while seamlessly infusing modern infrastructure and amenities.

The hotel will reopen this year as the Kimpton Cottonwood, its name paying homage to the stylish Cottonwood Room cocktail bar in the basement, which has also been restored to replicate the original. Like the first Cottonwood Room, it includes a metallic Cottonwood Tree canopied over the circular bar, and the original Art Deco sign. Among the hotel’s historic features are original tile floors, hardwood floors, a winding marble staircase, eighth floor terraces overlooking Omaha, and the grand ballroom with vaulted ceilings where Richard Nixon announced his presidential run in 1967. Hand-carved terracotta columns, pilasters and scrollwork will once again adorn the entryway used by John and Jackie Kennedy on their fifth anniversary in 1958. 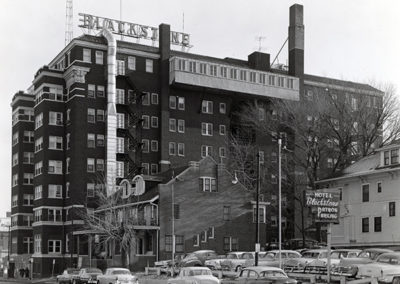 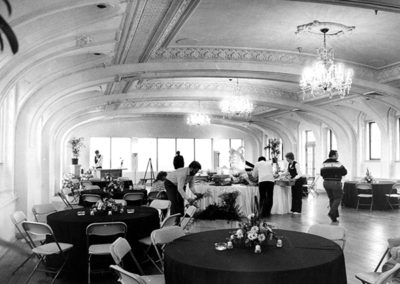 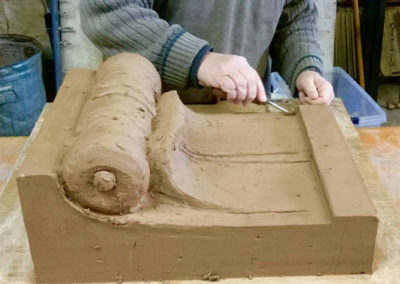 The Kimpton Cottonwood adds capacity over the original hotel, now with 205 guest rooms. It also adds state-of-the art conference and event spaces, a courtyard, fountain, pool and fireside clubhouse bar — all adjacent to the thriving nightlife of Farnam Street in Omaha’s Blackstone District. A new steakhouse will occupy space in the basement next to the Cottonwood Room. In the lobby, the Orleans Room restaurant will return. It was lauded for decades as one of Omaha’s premier restaurants. And once again, its menu will include the original Reuben sandwich, now being prepared in a 21st century commercial kitchen. 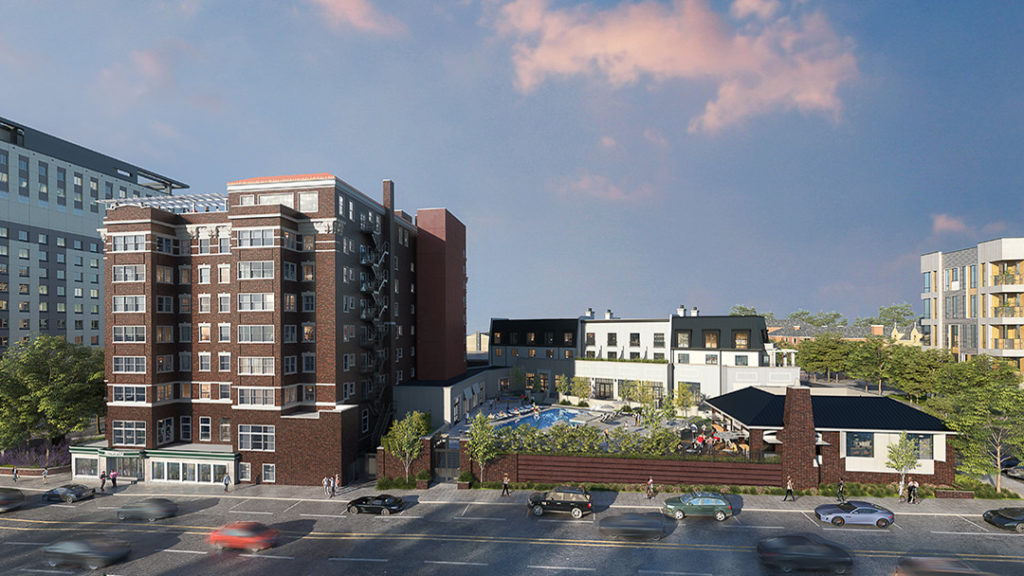 To preserve the building’s history, engineers and architects approached design with a “gentle touch,” a phrase borrowed from the State Historical Preservation Office (SHPO). That meant no penetration of the existing structure and minimum impact to existing features. An example of this philosophy is revealed in preservation of the original lobby ceiling despite its disrepair, and the routing of new air ducts, plumbing and cables beneath it, all enclosed by a new ceiling. Another example is found in the design of the Presidential Suite, which is perched on the southernmost terrace of the eighth floor. A short, brick wall remains intact around the terrace perimeter. New walls for the suite were constructed centimeters away, leaving the original wall undisturbed.

All of the hotel’s original 800-plus windows were restored. The same is true for interior storm windows added later. Undecorated sections of the ballroom ceiling provided access for new air ducts and cables. Sections of tile missing from the lobby floor received handmade replacements. In the basement, architects expressed the building’s long history by omitting missing tiles and replacing them with leveled grout work.

Designing to reconcile old and new

Forty-two new guestrooms are housed inside a new three-story annex, the first floor of which offers state-of-the-art conference and event space. With its added capacity, and to streamline hotel operations, two elevators were added to the original tower, bringing the new total to four elevators. The new elevators occupy a new structure on the west side of the building, which was carefully designed to avoid damaging original foundations or brick work during construction. 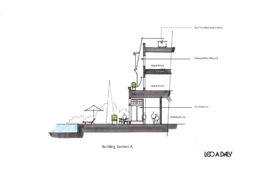 For the first time in its history, the hotel will employ a quiet outdoor-air system to provide fresh air to the 169,000-square-foot campus. Energy recovery units preheat or precool the fresh air beforehand. Designed this way, many pieces of existing mechanical equipment were able to be reused — including chillers, boilers, distribution pumps and the cooling tower — and kept in their existing locations. All original guestrooms underwent complete redesign and programming. They are now equipped with their own thermostats, and each guestroom uses its own Wi-Fi connection. All external voice, data and security networks use fiber optics. All lighting uses efficient and modern LED technology.

When the hotel reopens, it will mark a new era for one of Omaha’s most iconic buildings. Guests will enjoy authentic exposure to an American landmark in the comfort of modern essentials. All the charm that made the hotel a destination for decades has been painstakingly restored. Against the backdrop of one of the city’s foremost entertainment districts, the Kimpton Cottonwood Hotel promises to awaken the past so it can be experienced by a new generation. 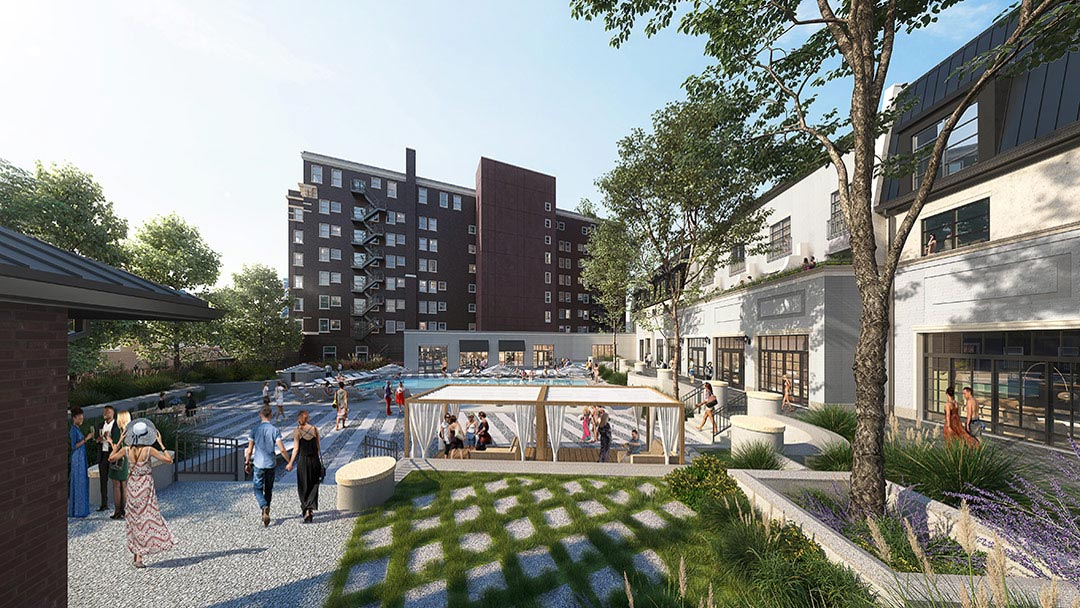 Dave Hawes has nearly 25 years of experience as a design architect and project manager. His experience includes significant preservation and renovation projects for historic buildings. Dave has also led new-construction design projects and master planning for hospitality, multi-family, schools, universities and retirement communities. His hands-on involvement starts in concept design and continues through programming, schematics and throughout construction. 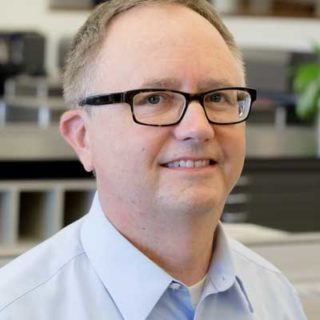 Martin Janousek is an architect and senior designer in our Omaha studio. He has more than two decades of experience in conceptual design, site design, design development, and construction documents. He is very active in the Omaha community, volunteering on local non-profit boards, participating in local design charrettes and working with neighborhood organizations. Martin is a longtime member of the American Institute of Architects and has served as president and member of the Board of Directors for the Omaha chapter.