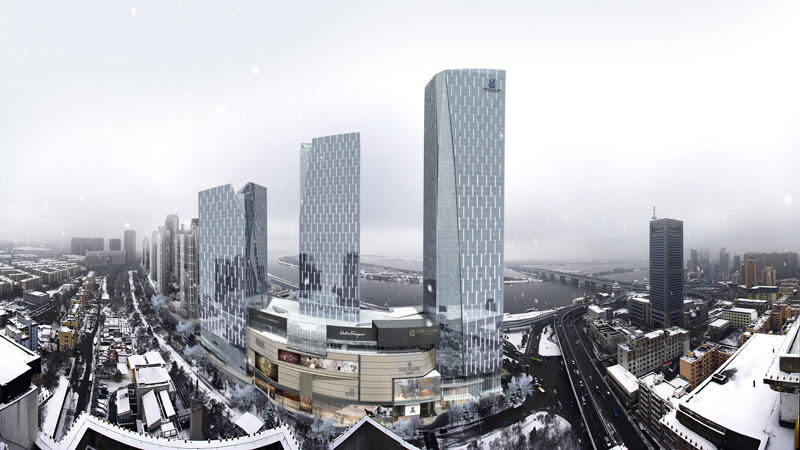 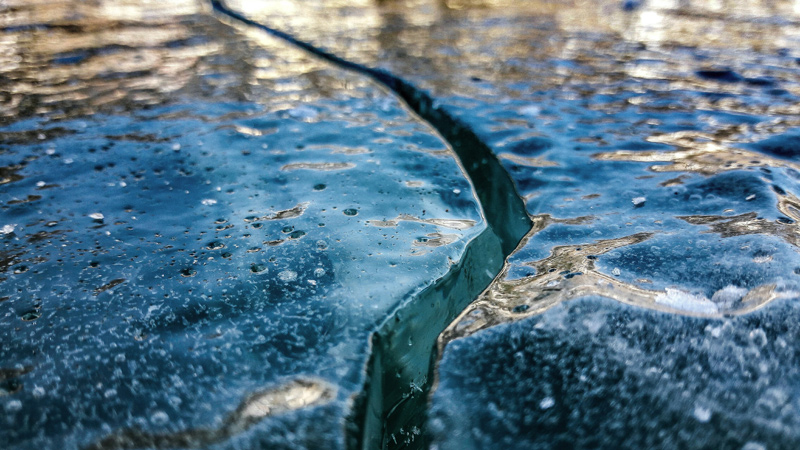 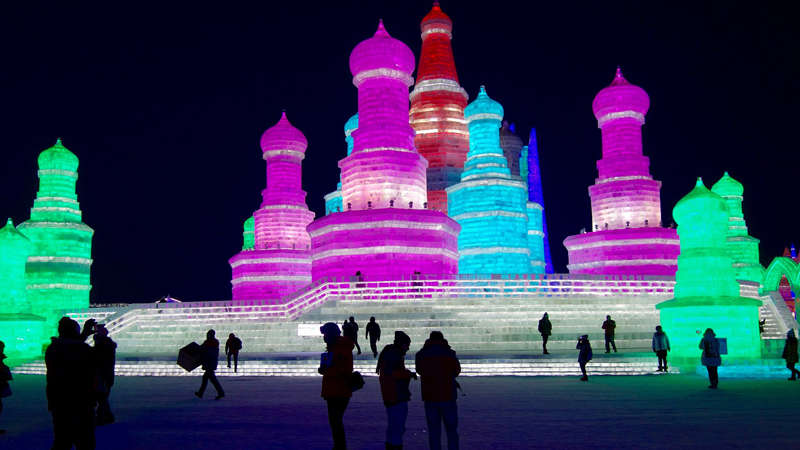 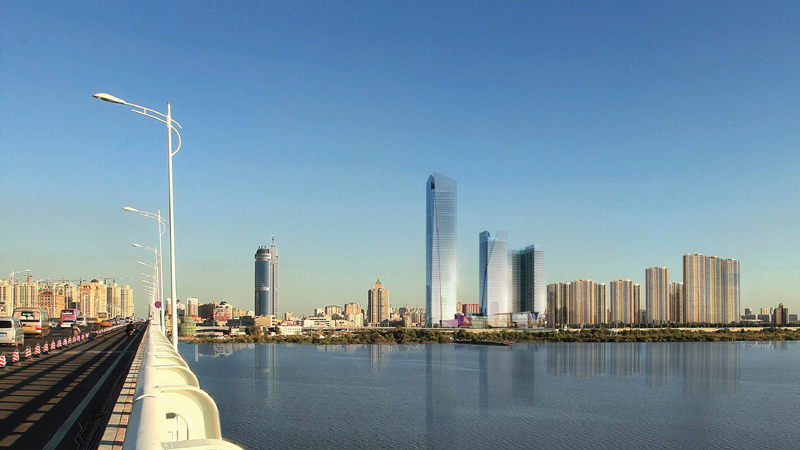 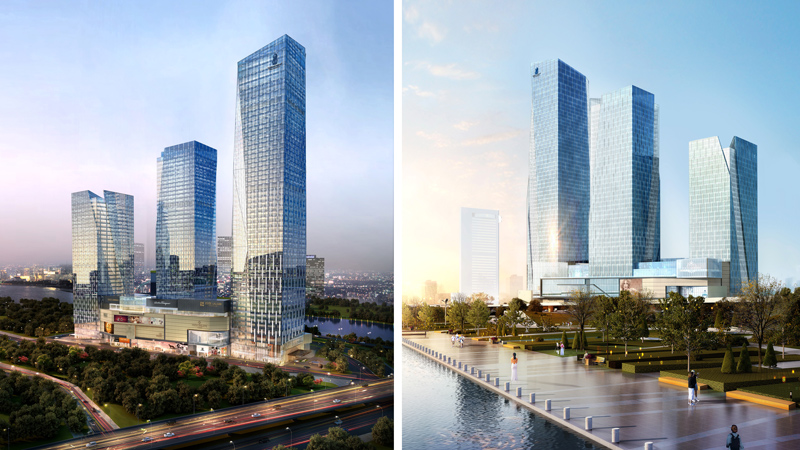 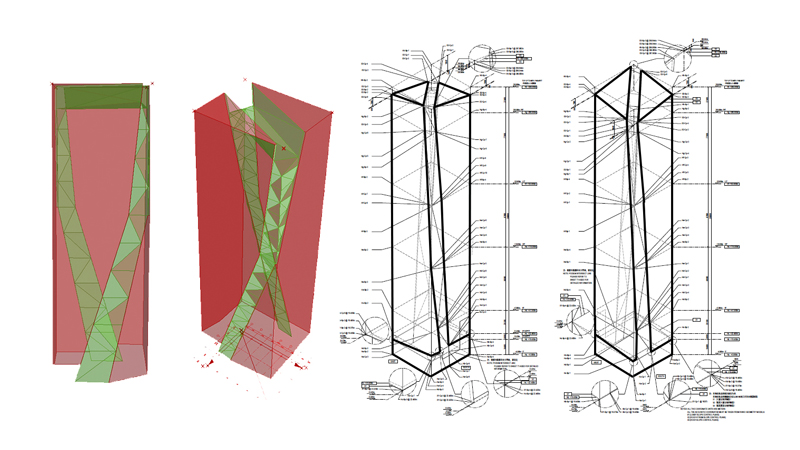 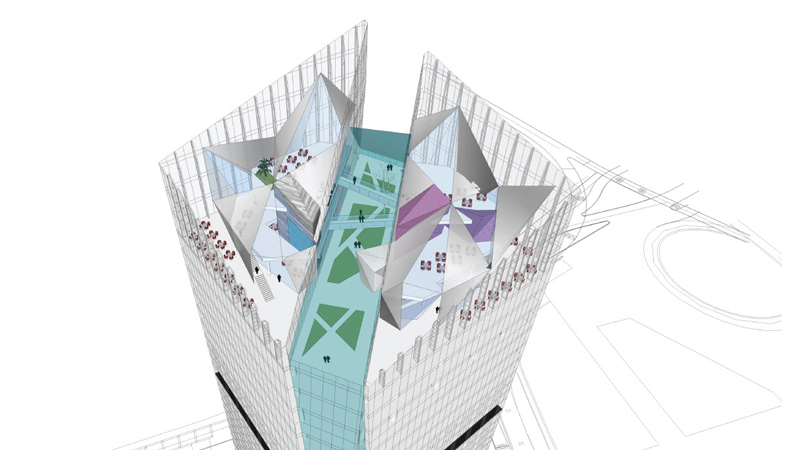 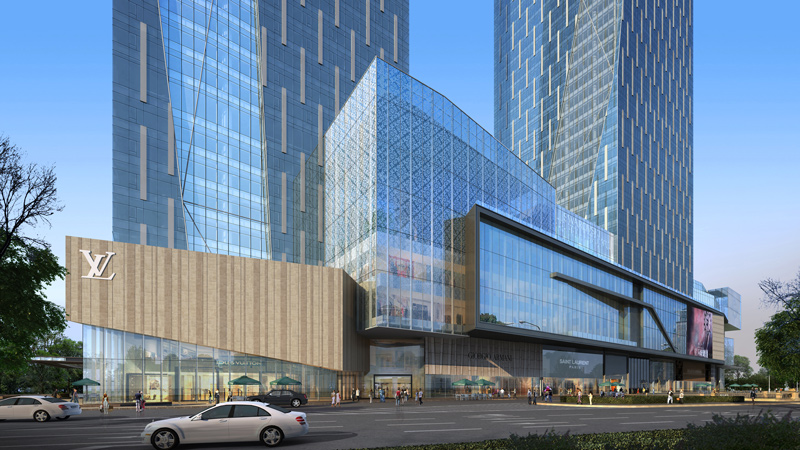 Known for its cold, sunny winters, Harbin, in northeast China, is called the “Ice City.” It is the capital and largest city of Heilongjiang Province, and is famous for its annual Snow and Ice Festival. During the annual festival, 18 million visitors descend on Harbin to walk amongst giant, illuminated ice structures made from blocks taken from the frozen Songhua River.

LEO A DALY was selected as the design architect for a new mixed-use development that includes the tallest building in the city, as well as two other towers and a seven-story commercial podium. The sustainable 700,000-SM development, also master-planned by LEO A DALY, resolves site constraints associated with the dense, urban neighborhood to create a compelling live-work-play environment.

The design for the towers is based on the image of “fractured ice,” deriving its inspiration from the large cracks found in the thawing ice of the adjacent Songhua River. The architecture transforms very simple forms into iconic and beautiful faceted towers that surround and engage a faceted podium form.

The signature tower rises to a height of 270 M (886 ft) and will house China’s largest Ritz-Carlton Hotel, with 350 rooms and public amenities occupying the upper 20 floors.

A seven-story shopping mall anchors the three towers, along with a large-scale outdoor sunken garden. This new urban quarter is intended to create the vibrant center for recreation in the region.

The Ritz-Carlton Hotel lobby plays off the faceted façade. Dramatic diagonal cuts flow down from ceiling to walls in a three-story volume. In composition with slanted glass canopy and porte-cochere outside, these dominant oblique lines give strong visual impacts to this premiere hotel entry, where users enjoy a seamless connection to retail and event spaces. Ascending to third-level ballrooms and fourth-level meeting rooms offers memorable views toward the Songhua River. The lobby acts as a grand portal to new urban life in Harbin and promotes interaction.

The mixed-use development has been closely watched by the city, and is viewed as Harbin’s symbol of progress, development, and forward-thinking growth. The new landmark will continue to build the prominence of this renowned winter and summer resort city.