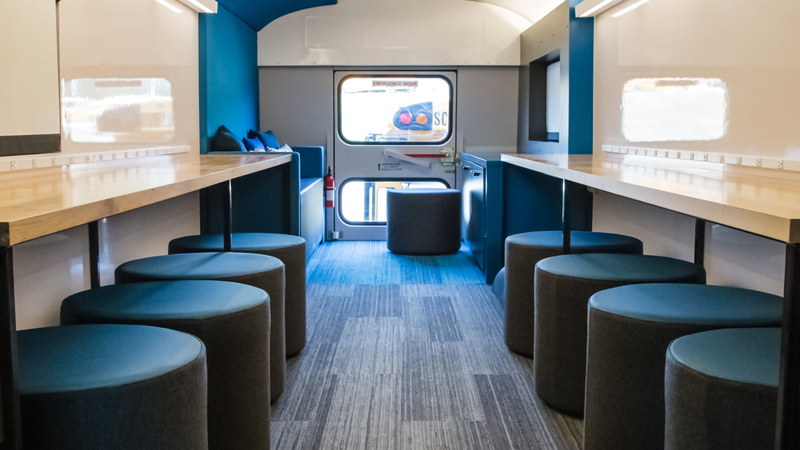 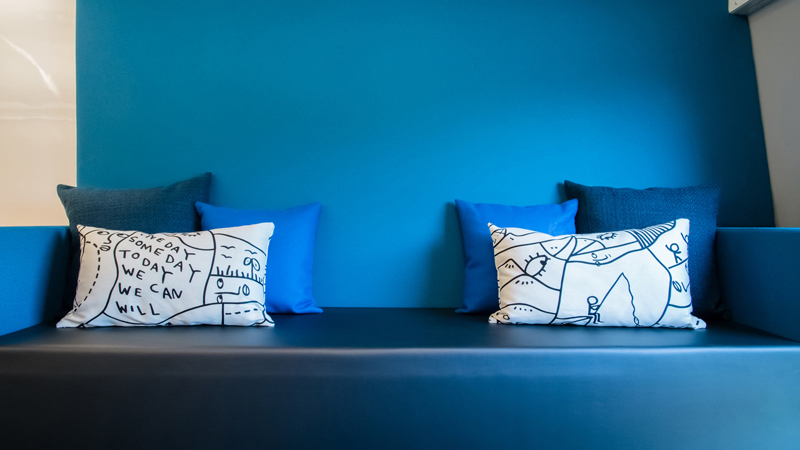 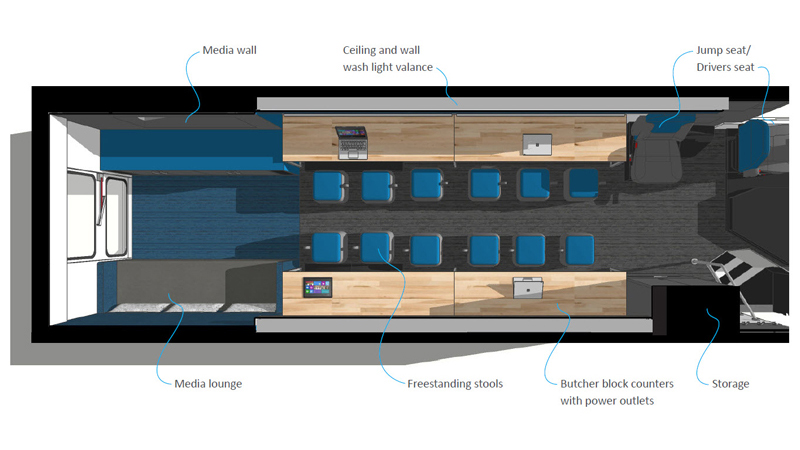 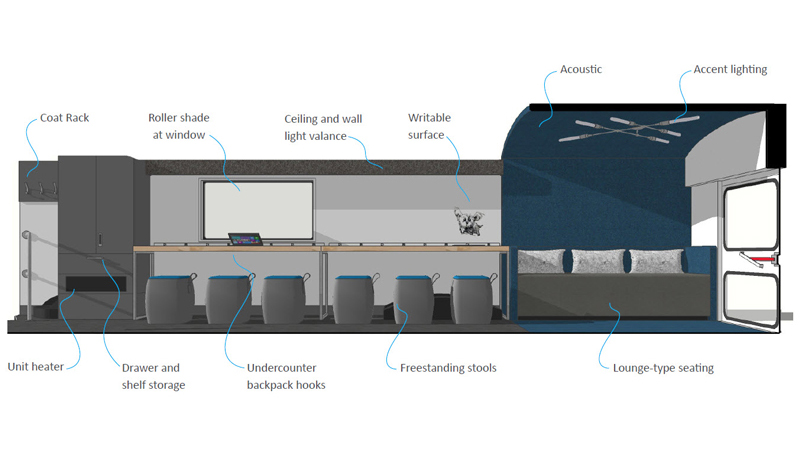 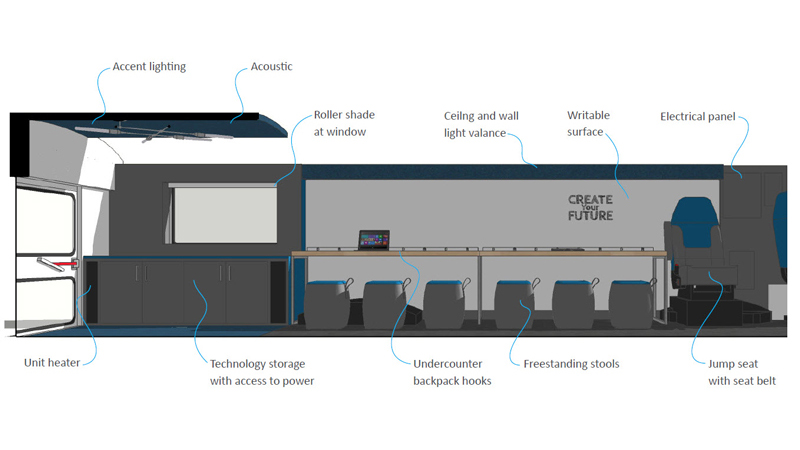 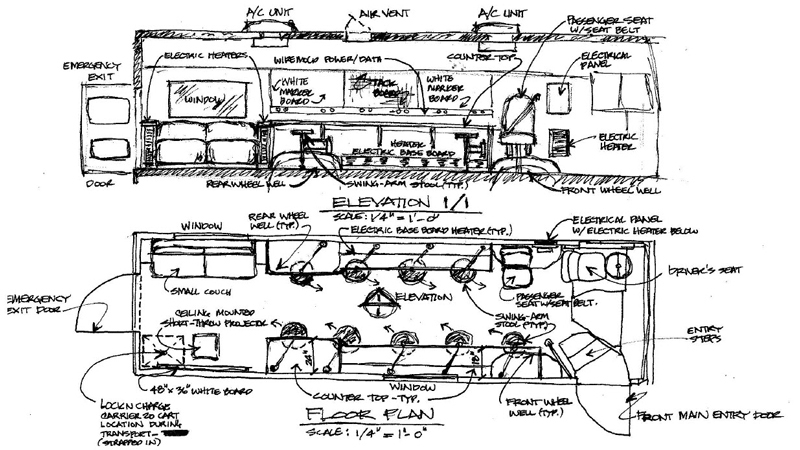 Digital equity is a necessity for students in the 21st century. LEO A DALY’s design provides a technology-rich learning environment for a range of activities, including classes for parents to help their children stay safe on the internet.

“Designing for such a small space, every detail matters, and every inch has to be usable. This process gave us a great opportunity to put the elements of education design under a microscope, from pedagogy, to wearability, assembly, maintenance, security, and data systems. Not only is this a meaningful project to us as Omahans, but it was compelling as designers as well,” said Jen Ankerson, interior designer with LEO A DALY.

Excerpted from the Omaha World-Herald article by Erin Duffy:

At Howard Kennedy Elementary, “everything” includes a first for the Omaha Public Schools: A Wi-Fi bus that will bring the Internet and tablets to Dani’s school and other locations in the community.

Dani got a chance to climb aboard the bus at a back-to-school event Monday night.

The bus is a former bookmobile refashioned with an Internet connection and 15 Microsoft tablets. The seats have been replaced with stuffed stools, and low countertops provide young students easy access to the tablets.

The roving Wi-Fi-on-wheels project is a partnership between OPS and Cox Communications and has been in the works for more than two years.

The bus will park outside Kennedy and Wakonda schools, as well as churches and community centers, several times a week, giving kids, their families and other authorized users access to a free Internet signal. Kids can tap into the technology to work on school projects; take science, technology, engineering and math classes; or sit in on a lesson about using social media responsibly.

Parents could make use of the connection for a variety of reasons, from helping their children navigate social media sites to taking care of job-related matters, said Rob Dickson, OPS’s executive director of information management systems.

Officials say it’s an innovative way to bridge the digital divide, the gap between those who have ready access to technology and the Internet, and those who don’t.

“Our kids need it, this is not an extra for them, this is something that will help them compete with students all over the world,” said OPS Superintendent Cheryl Logan.

Households in northeast Omaha are less likely to have Internet access at home, compared to other parts of Douglas and Sarpy Counties.

An analysis of 2014 Census Bureau data by David Drozd, a demographer at the University of Nebraska at Omaha, showed that slightly more than 60 percent of northeast Omaha households had a broadband Internet subscription, compared to 74.8 percent of households statewide, 84.8 percent in southwest Douglas County and 86.8 percent in Sarpy County.

Kennedy and Wakonda, in north Omaha, are among OPS’s designated turnaround schools. Both serve a high population of kids growing up in poverty and have struggled to raise student achievement.

“This bus, this tool, is an extension of our concern and our care for the children of this school, the children of this community,” said Othello Meadows, the executive director of the 75 North Revitalization Corp. “We’ve always talked about this neighborhood wrapping its arms around this school, and supporting it and lifting it up. And this is a tangible example of bringing learning outside the classroom into the community.”