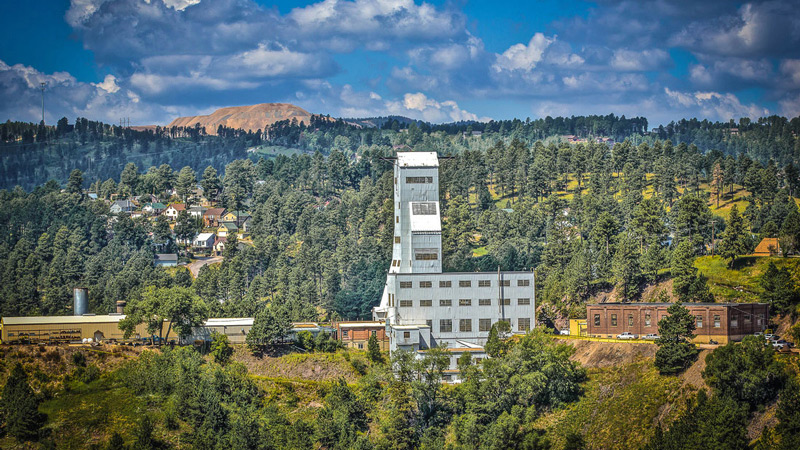 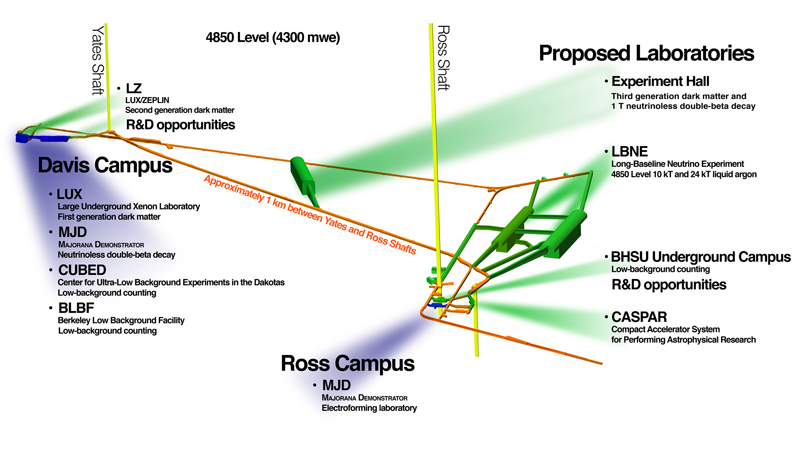 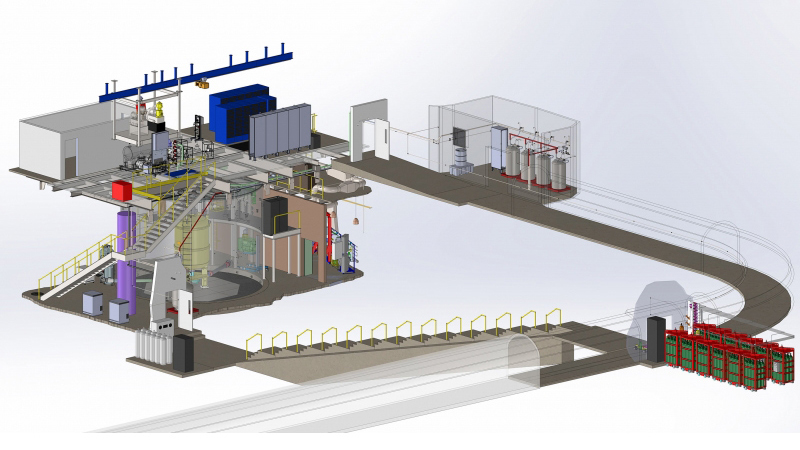 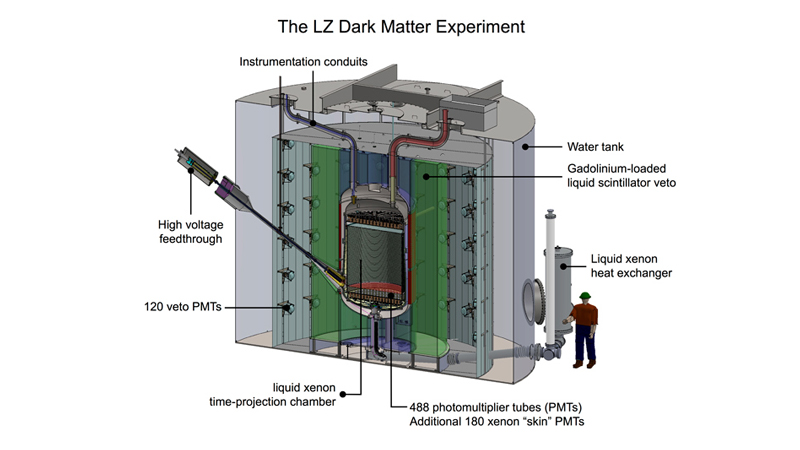 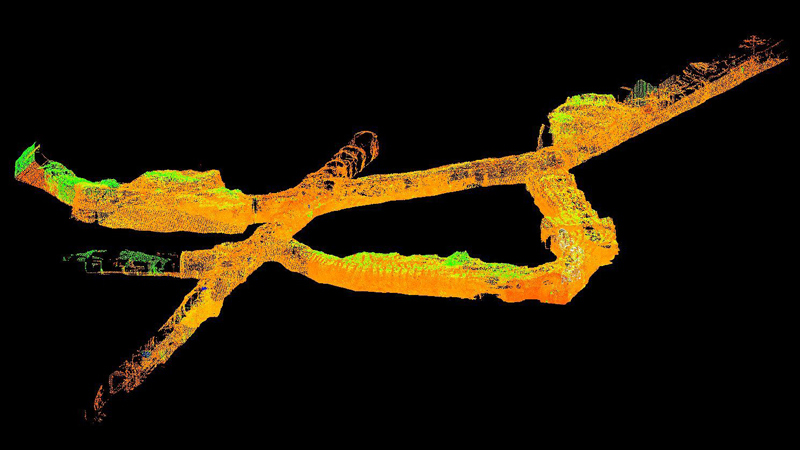 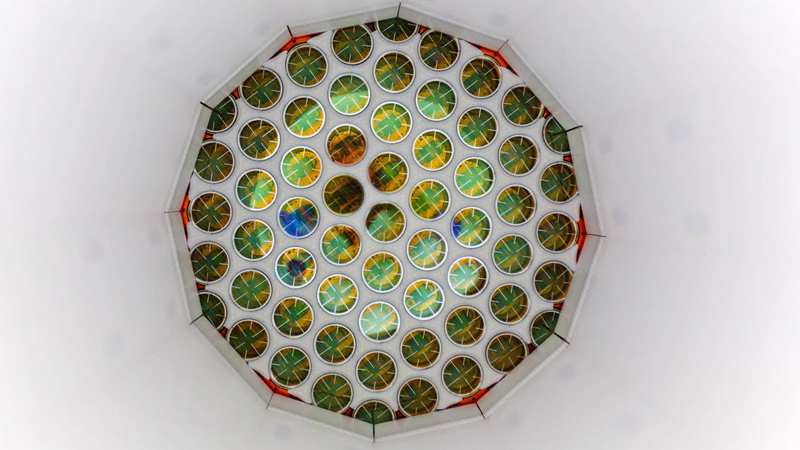 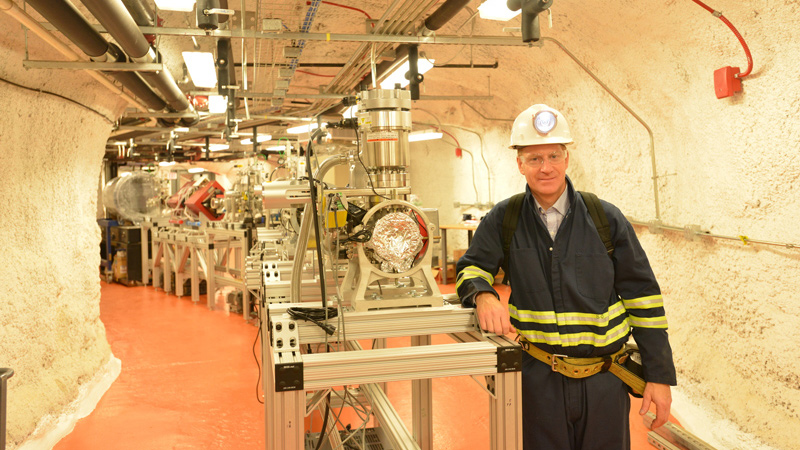 Construction has begun on renovations to the Davis Cavern at Sanford Underground Research Facility (SURF) in Lead, South Dakota. The LEO A DALY-designed project makes way for the LUX-ZEPLIN (LZ) experiment to take place in the former Homestake gold mine, where, shielded from cosmic background radiation by nearly a mile of rock, scientists hope to make the next breakthrough in the search for dark matter.

LZ, a second-generation dark matter experiment, is a collaboration between 220 scientists and engineers from 38 institutions in the U.S., U.K., Portugal, Russia, and Korea.  It is the successor to the Large Underground Xenon (LUX) experiment, which took place at SURF between 2012 and 2016. LZ will hold 10 tons of liquid xenon, making it approximately 30 times larger and 100 times more sensitive than its smaller cousin.

When complete in 2020, LZ will be the most sensitive detector yet produced, capable of detecting collisions between galactic dark matter and regular matter within an unprecedented range. Dark matter accounts for 85% of all matter, affecting the motion of galaxies, bending light, and influencing the structure of the universe; but its particle nature is still unknown.

LZ is one of a few second-generation dark-matter experiments worldwide investigating the hypothesis that dark matter is composed of WIMPs, or weakly interacting massive particles. Similar projects are underway in Italy and China. Direct detection of WIMPs would constitute a major scientific discovery.

“This project is important to LZ and to getting it done in a timely fashion is required to keep our project scientifically competitive,” said Jeff Cherwinka, LZ chief engineer. “The help we’ve received from SURF is instrumental in helping make our project a success and it is going very well so far.”

To maximize speed, architects and engineers with LEO A DALY designed the renovations at the same time as LZ’s experimental equipment was being finalized.

“The level of coordination and flexibility required, in a tight underground space, with parameters constantly evolving, and with extraordinarily stringent safety and cleanliness requirements, made this one of the most challenging and exhilarating projects we’ve ever done,” said Steven Andersen with LEO A DALY in Minneapolis.

“Planning for this renovation started several years ago—even before LUX was built,” said John Keefner, underground operations engineer with SURF. “Now, we’re finally at the point where we can begin to refit the cavern and existing infrastructure to allow for the installation of LZ.”

The Davis Cavern renovation project includes removing an existing cleanroom, tearing down a wall between two former low-background counting rooms, installing a new hoist system, building a work deck and modifying the water tank itself to accommodate the larger cryostat. Additionally, renovations include a radon reduction room and a xenon storage room.

But just on the other side of the Davis Cavern, through a double door, is the common corridor—and the entrance to the Majorana Demonstrator Project, an incredibly sensitive experiment that requires an extremely clean environment.

“We’re setting up a dividing line between the existing science space and the construction zone,” Keefner said. “We’ve taken several precautions to ensure dust and other particulates can’t get into the Majorana cleanroom.”

Some of those measure include putting up tents at the door between the Davis Cavern and common corridor. Additionally, construction crews will enter the Davis Cavern through the decline drift—the same drift Ray Davis would have used to reach his solar neutrino experiment, which ran for nearly 30 years in the Davis Cavern.

When all renovations are complete, including updates to plumbing, electrical and ventilations systems, scientists will begin installing the experiment itself. Renovations to the cavern will be done by Ainsworth Benning of Spearfish, the same company that outfitted the entire Davis Campus beginning in 2010.

Projects inside the Davis Cavern

Cleanroom demolition: This space is located on the upper level of the Davis Cavern. It will be removed to accommodate additional computer racks and control systems for LZ. It will also allow LZ collaboration to raise and lower equipment (the grating on the floor can be removed) to a work deck that will be constructed.

Work deck: This multi-purpose level will be built above the water tank and below the upper level of the cavern. It will allow for easier access to the breakout box, which holds the experiment apparatus—things like detector cables and electrical wires that connect to systems within the tank. The work deck will also serve as additional storage.

Low-background counting rooms: A wall between the two rooms on the lower level of the Davis Cavern will be removed to make way for four big compressors that will be used for emergency xenon recovery. In the event of a power outage, a backup generator will keep everything, including the control systems, working.

“In an emergency, the compressors will fire up and send the xenon back into the bottles safely,” Keefner said.

Updated hoist system: A critical feature in the Davis Cavern is the hoist system that was used to lower the LUX cryostat into the water tank. Renovations include updating the current hoist system. “We’re relocating the two hoist beams that run through the Davis Cavern and installing one long beam that spans the length of the cavern. This will give us more flexibility as we move materials and the much bigger cryostat for LZ into the tank,” Keefner said.

Xenon storage: Sanford Lab crews recently completed subgrade excavation in a cutout that sits at the top of the decline drift, which gives access to the back door of the Davis Cavern. Next, a 4-inch concrete floor will be poured, making it level with the floor of the drift. As xenon tanks are brought in, crews will be able to slide them into the storage area, which will save time and mitigate safety concerns associated with having to lift heavy tanks into the area.