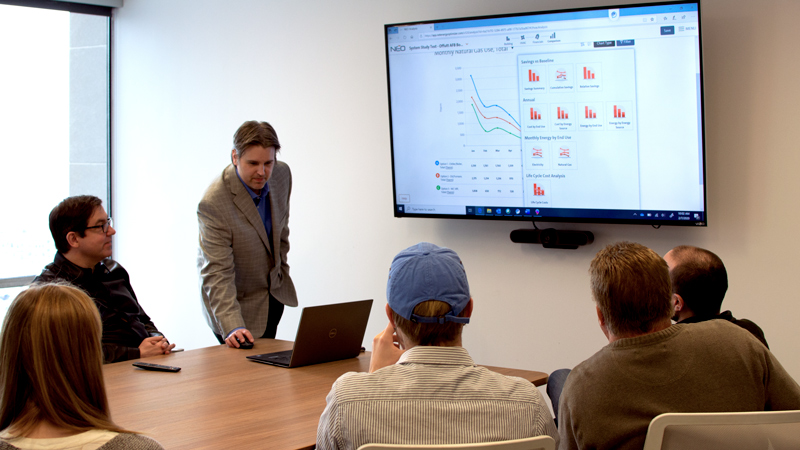 The following is excerpted from the BD+C article by John Caulfield.

Paul Henderson joined LEO A DALY as its Senior High Performance Engineer last October. A veteran of the Weidt Group, Henderson, PE, BEMP, LEED AP, GGP, says he was attracted to his new empoyer for the multiple disciplines it has under one roof. But one thing was missing from its integrated design process: early energy modeling.

At his previous jobs, Henderson had done energy modeling for at least a dozen years, and had applied it
to over 200 projects. In his new position, he has not only launched an energy modeling initiative, but has been pushing the firm to include it in its proposal phase, which at the moment is rare for most AEC firms, he says.

“We actually put in real analysis numbers showing that the design would meet or achieve” code and certifica-tion standards, says Henderson. To do this, his group within the company works with the project’s mechanical engineer to conduct HVAC systems comparisons that incorporate a Life Cycle Analysis, to determine which system would perform best for that particular building.

A proposal that includes this kind of energy modeling corroborates compliance with re-quired codes. “It shows that we’ve done our due diligence concerning a client’s needs, and that we’ve done studies about these systems. It shows we have an interest in this.”