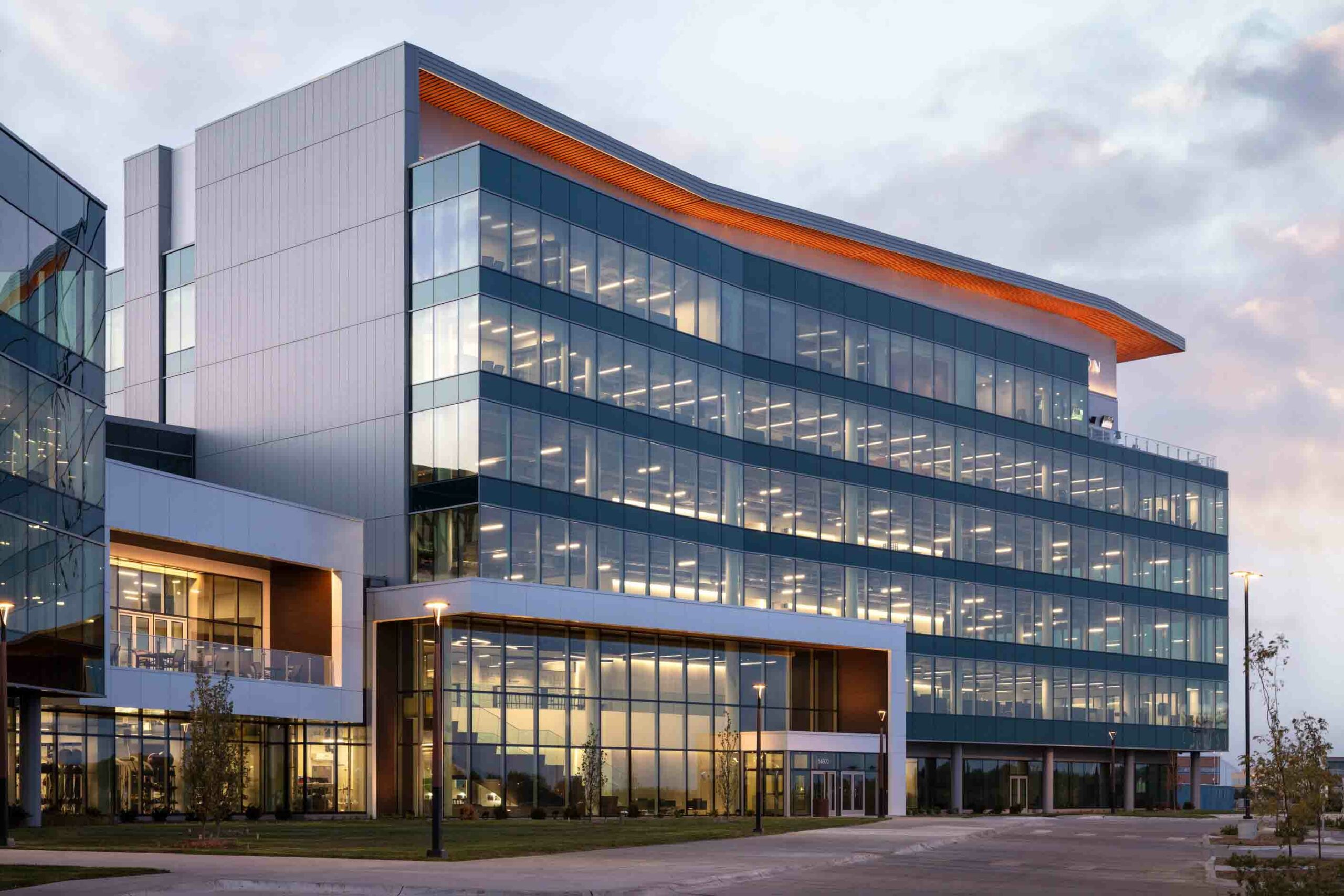 Sited near the highest elevation of a bourgeoning mixed-use development in West Omaha, the campus has been dubbed a “beacon for talent.”

Harmony between architecture and engineering capture ample daylighting and retain unobstructed views while reducing energy use and emissions by 15 percent.

The campus is enveloped in electrochromic glass, which requires no window coverings to shield the interior from solar gain and excess daylight.

While communicating Carson’s dynamic work-live-play culture through a transparent skin, ascending architectural flourishes impress occupants with a sense of soaring. Interior lighting creates a visual experience with exceptional color and skin-tone fidelity and optimal concentrations of Melonopic lux, which help govern sleep cycles. Efficient mechanical design resulted from extensive engineering analysis that led to a lower energy profile for the life of the building while enhancing thermal comfort for occupants.

After occupants moved into the building, the firm conducted a monthlong post-occupancy evaluation to verify design. Data points were captured, organized categorically and shared internally to enhance future projects. Data was also shared with the envelope’s manufacturer. The data can now be retrieved by the manufacturer to refine calibration of Carson’s electrochromic envelope and inform future product implementations across the industry.

Learn more about Carson and go in depth with our visual design story. 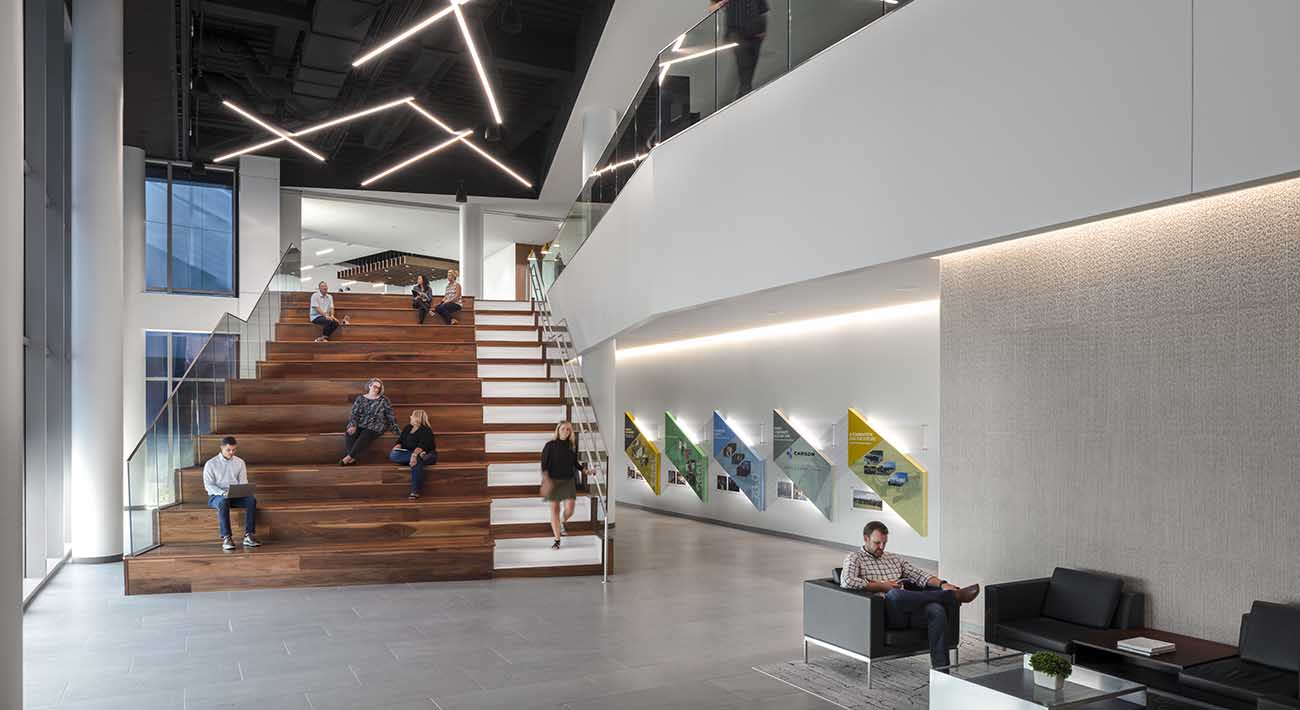 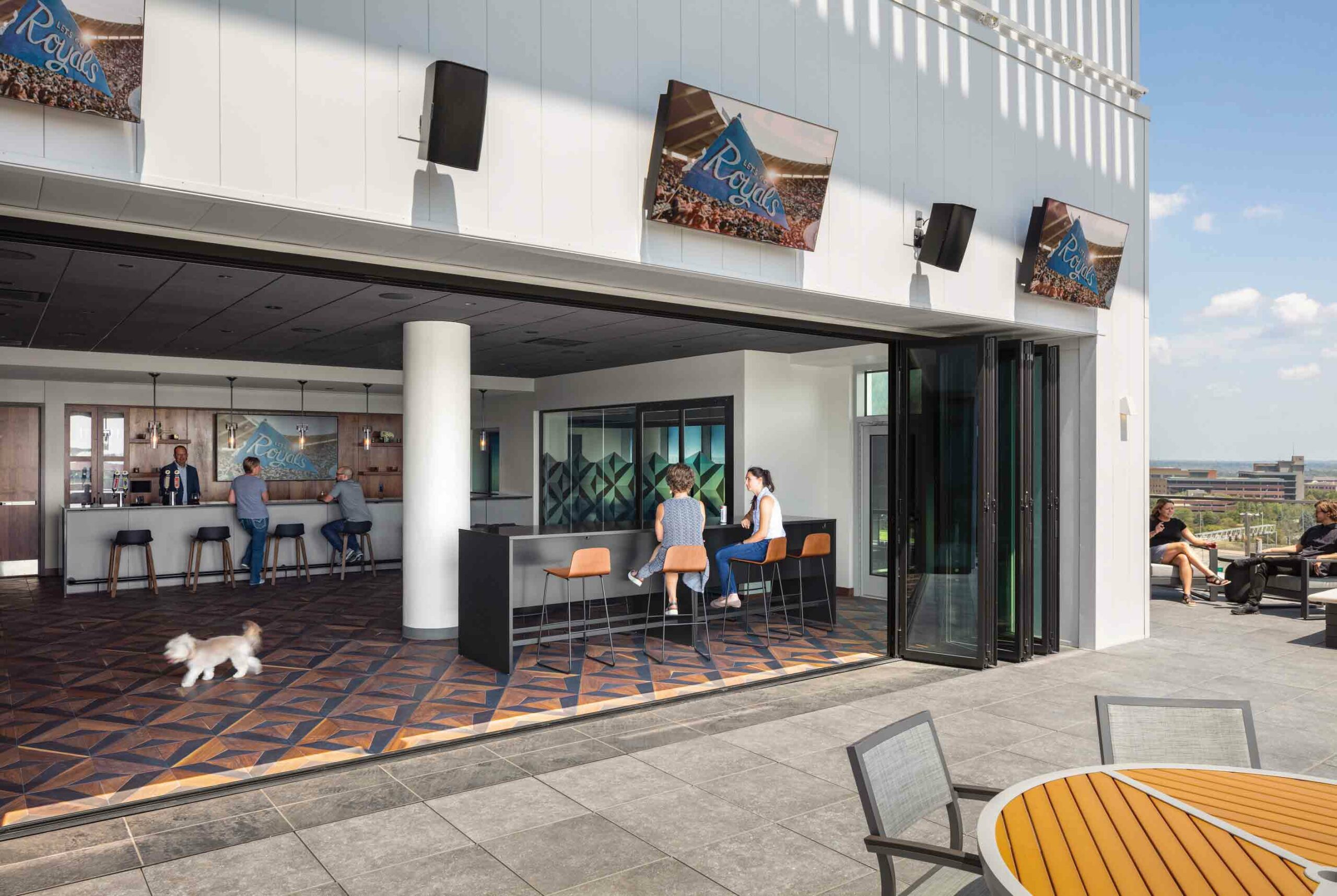 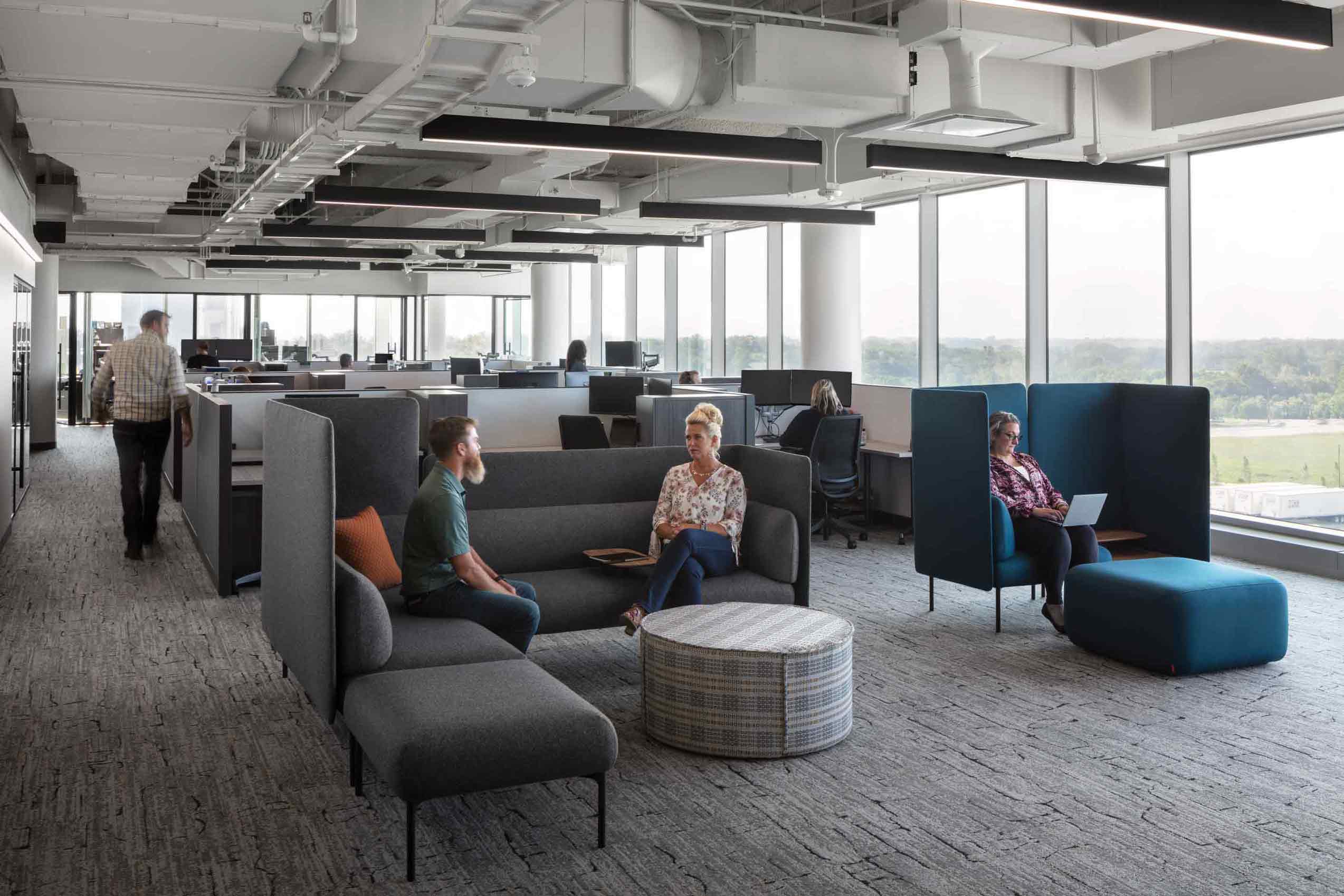 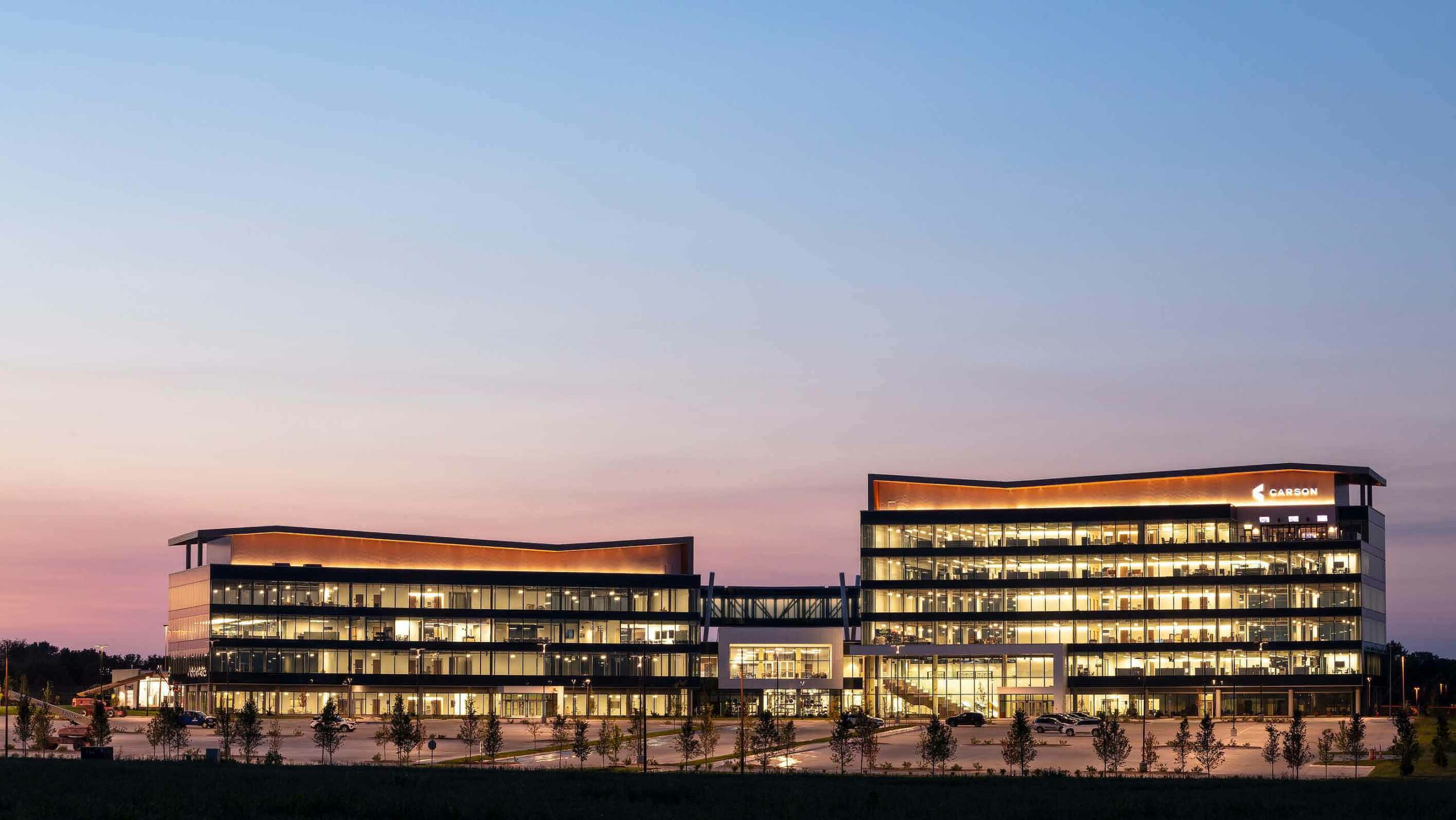 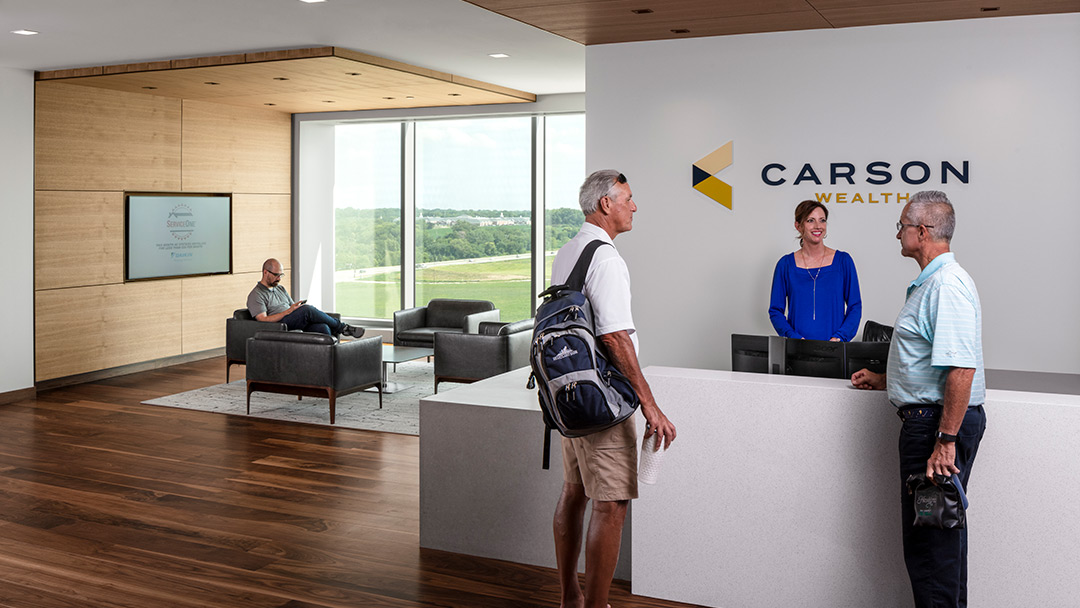