The Embassy Suites San Rafael needed a modernization to match the hotel’s aesthetic with the vibe of its community of San Rafael. LEO A DALY’s design transforms the property by simplifying and modernizing the design. The concept inspiration derives from the rich local history of the area, which includes the influential arts, iconic filmmakers and progressive musicians that made a cultural impact. The design reflects the locale while fulfilling the Embassy Suites brand standards.

The project is a renovation of the 5-story, 236-room hotel with approximately 13,500 square feet of meeting spaces, featuring custom-designed guest rooms and public spaces. LEO A DALY’s renovation design completely transformed the lobby, removing an abundance of greenery from the existing space and leveling the floors for improved flow and accessibility. The new design incorporated the “atrium evolution” concepts from updated Embassy Suites brand standards through a collaboration between our designers, brand representatives and the client. Designers created human scale in the vast atrium space by incorporating large-scale canopies, which make the space feel welcoming and inclusive. The canopies feature metal panels with bar detailing in a pattern reminiscent of an equalizer.

The design also prioritized and centralized the lobby bar. Rather than being hidden in a corner, the new bar is more inviting and accessible to guests, and provides increased revenue opportunities for the ownership. The flexible design also accounts for the needs of the business traveler, allowing guests to be able to pull up anywhere in the atrium, plug-in and work remotely as needed. The new focal point of the public spaces, the reimagined water feature resembles faceted speaker boxes, providing a sculptural element that celebrates the culture of music in San Rafael. New carpet, light fixtures, wall coverings and furniture breathe new life into the meeting spaces and ballroom.

In the guest rooms, LEO A DALY’s design mimics the pop culture aesthetic seen throughout the public areas. Because of the branding and the Embassy Suites parlor aspect to each room, the owner wanted to evoke a residential feel that also reflected the funky arts focus of the entire hotel. The design incorporates muted colors throughout the guest rooms with smaller pops of bold color. Star Wars director George Lucas began his career in the film industry in San Rafael, and his influence can be found in the lightsaber-inspired carpeting. The art pieces above the beds were selected for their resemblance to sound waves – what you might see if you could watch a classic rock song. 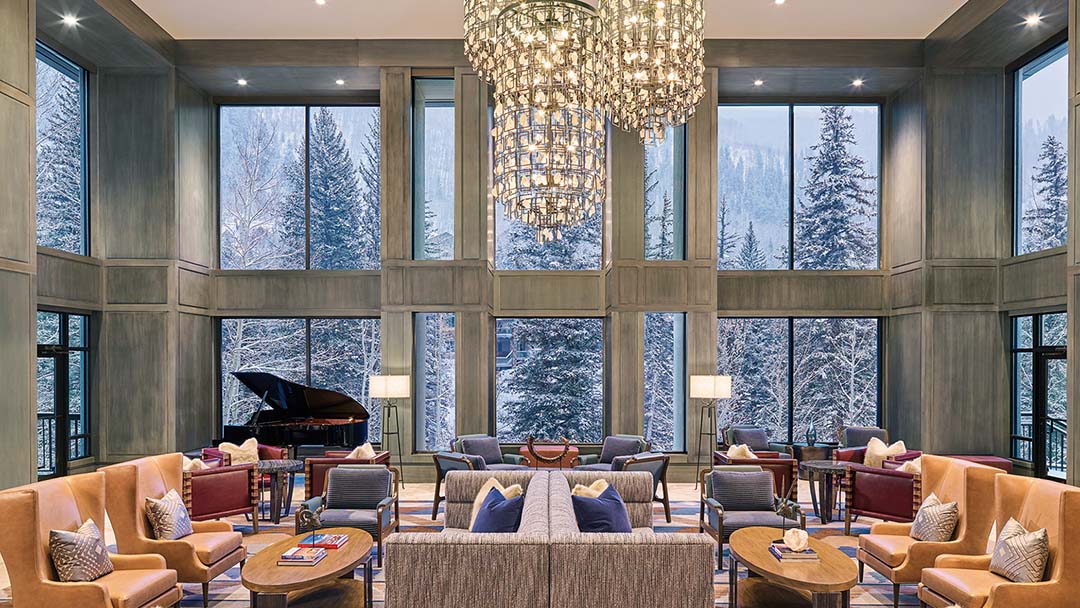