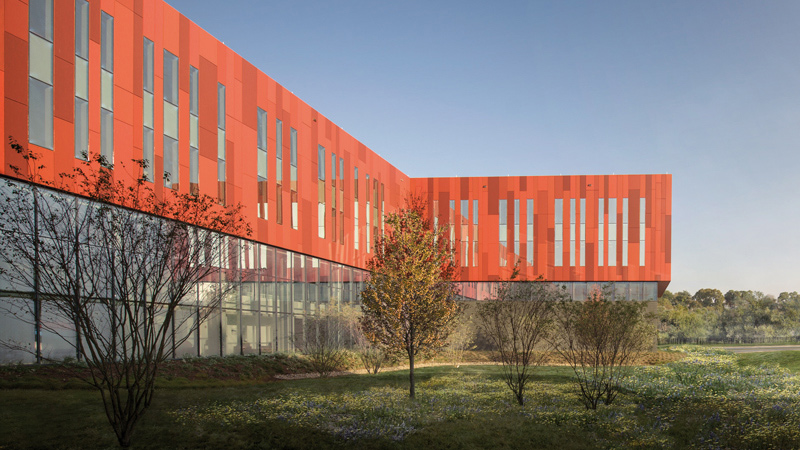 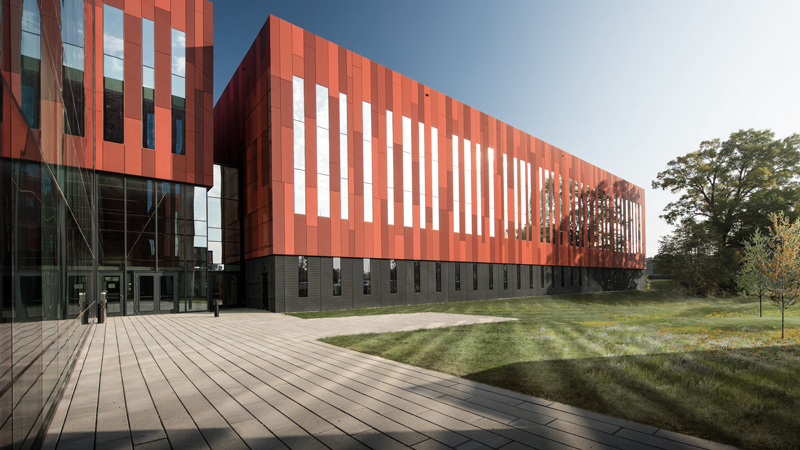 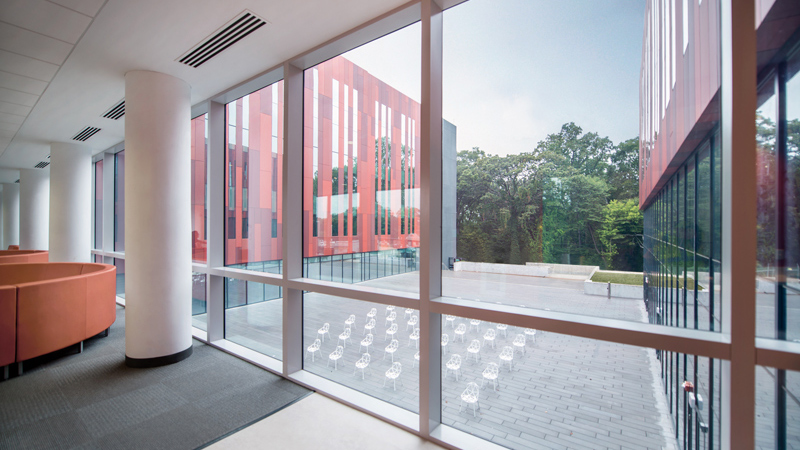 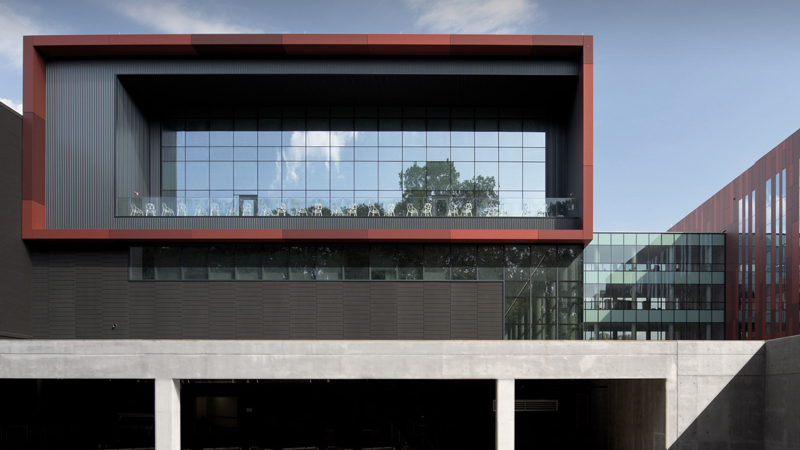 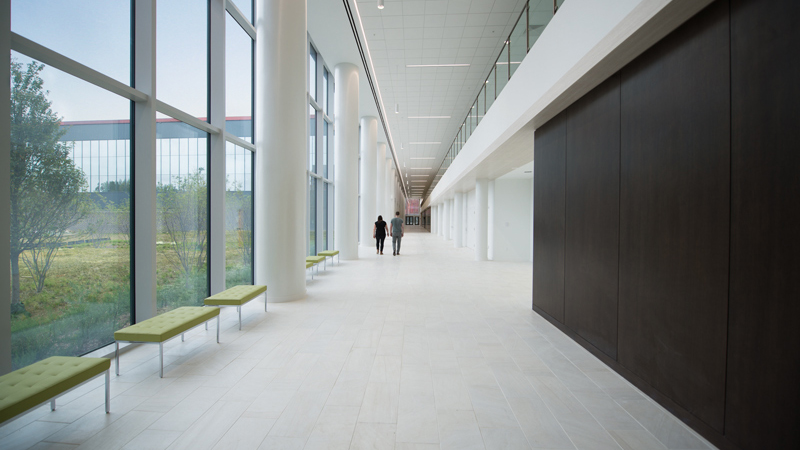 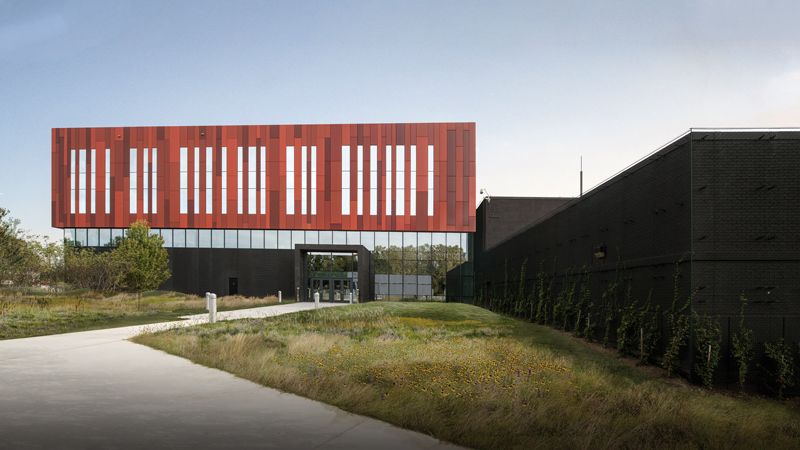 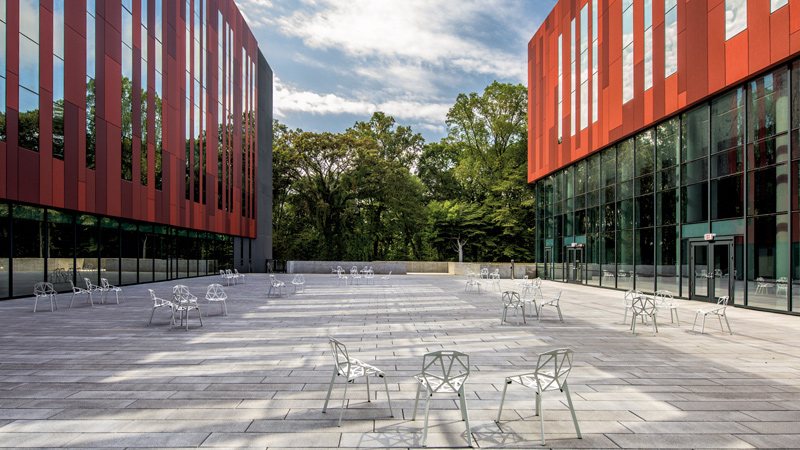 “This audacious project involved the reimagining and repositioning of an outmoded, parking-lot-dominated office campus into a quiet, naturalistic setting for the Defense Intelligence Agency,” wrote Dave Barista, Editorial Director for BD+C.

Responding to the 9/11 Commission Report’s call for increased collaboration among intelligence-gathering services, the $300 million, state-of-the-art headquarters provides a centralized hub for knowledge sharing among the 16 intelligence agencies housed there.

“Intelligence Community Campus – Bethesda represents a new way of thinking, a new way of working, and a new transparency for the Defense Intelligence Agency,” said Jim Sokolowski, Vice President at LEO A DALY.

“This facility is – in so many ways – the physical manifestation of ‘intelligence integration,’” said James Clapper, former Director of National Intelligence.

From obsolete to icon

The total project scope includes over 750,000 SF of new construction and renovation to the 1940s campus of the former National Geospatial-Intelligence Agency. At its heart is the new, Z-shaped, 220,000-sf Centrum Building, which links three existing buildings and serves as the vertebra of the campus. The existing buildings were hardened with Anti-Terrorism/Force Protection and re-skinned to embody a cohesive, non-institutional exterior aesthetic.

Commissioned to be a new icon for U.S. intelligence, the campus retains its security and performance standards while finding a new architectural language inspired by and respectful to its National-Park-adjacent context. Rather than a single, monolithic building, the design suggests the notion of campus as field, connecting and organizing an assemblage of interior and exterior space. Rhythmic patterns of mirror-like glass evoke the forested surroundings and break up the buildings’ massing, while a dappled skin of matte metal panels creates a sense of translucency, playing on the idea of natural camouflage.

Sustainability and local context drove the site design, which was guided by a Sustainable Return-on-Investment analysis. Moving 20 acres of impermeable surface parking to a six-story, zero-net-energy garage allowed designers to return the landscape to its pre-development condition. Micro-bioretention areas, green roofs, and a 30,000-gallon cistern help manage and reuse rainwater, while halting erosion on the neighboring bluff and addressing downstream siltation in the Potomac River.

The LEED Silver certified project incorporates N+1 redundancy for mission-critical systems. Six separate solar arrays, each requiring a custom support system that integrates with varying roof slopes, meet the specified requirement of a 90mph wind load. The project is net-zero-ready – designed to be ultra-efficient, with solar hot water arrays putting the campus on the path to achieving net-zero use.