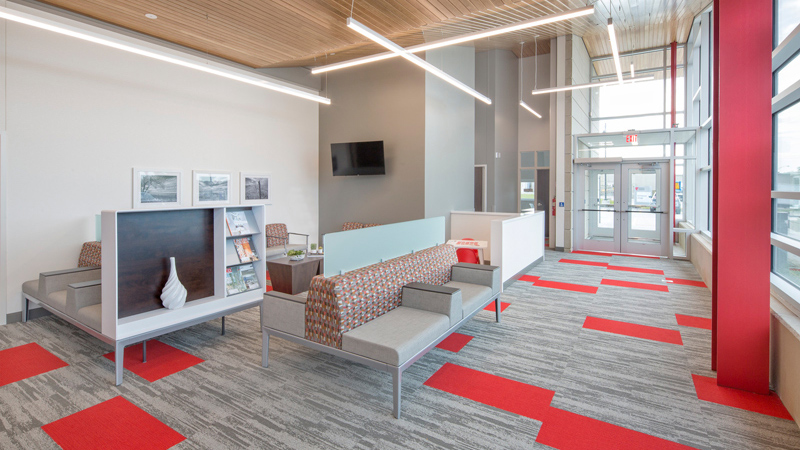 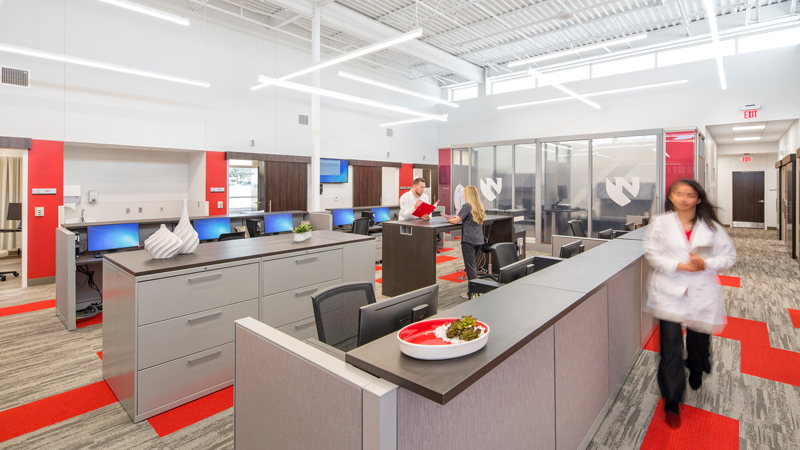 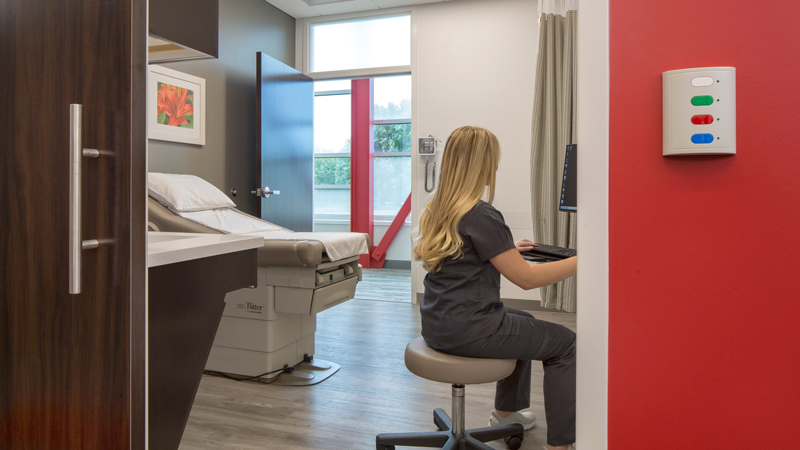 LEO A DALY took cues from Apple and Crate & Barrel to design instantly recognizable clinic prototype for Nebraska Medicine. A six-page spread in this month’s Healthcare Design details the design.

Nebraska Medicine, the academic health system for the university of Nebraska Medical Center in Omaha, Neb. Was operating two hospitals and 40 specialty and primary care clinics when leaders decided to build up its primary care network through new sites and expansions of existing clinic networks. To unify all these locations, both existing and future, a prototype design was soughtfor the clinics that would give them a consistent, recognizable retail presence, as well as provide efficiency and flexibility for future needs.

The owner tapped architectural design firm LEO A DALY, which had worked on projects at its main campus, along with project developer the Boldt Co. The team reviewed examples of iconic retail buildings that depicted the quality of products and services inside, such as Starbucks, Apple, Anthropologie, and Crate & Barrel. “Crate & Barrel sells contemporary furniture; the architecture of its buildings reflects that,” says Jonathan Fliege, AIA, director of design at Leo A Daly. “It attracts customers who desire that furniture style.”

For its prototype, Nebraska Medicine desired a unified, contemporary look and feel that patients could associate with the health system. “A contemporary design tells consumers what they will experience, which is reliable, high­quality healthcare in a relaxing, convenient setting,” Fliege says. “Simply putting the health system’s logo on its clinics wouldn’t accomplish this.”

Another goal was to design a building that complemented Nebraska Medicine’s main campus, which contains many red-brick buildings, some of which are 100 years old. To reinterpret the historic architecture in a modern way, red brick was used on two of the exterior walls, contrasting with a wall of dark gray brick in a stack-bond arrangement and the front facade glass curtain wall. “It’s more of a nod – a respectful homage to the main campus’ brick buildings,” says Jennifer Ankerson, senior interior designer at Leo A Daly.

Additionally, Nebraska Medicine wanted an efficient and flexible layout with rooms that could easily adapt to changing needs or clinic expansions, and an overall design that was as Lean as possible, at around 13,000 square feet – the ideal size identified to accommodate six full-time providers with room to expand to eight full-time providers. The first two clinics opened in 2017: Brentwood Village, a replacement facility for an existing clinic in La Vista, Neb., opened in July, and Chalco in Omaha, Neb., opened in October. A third location in Elkhorn, Neb., was completed in early 2018, while addi­tional locations are under consideration.