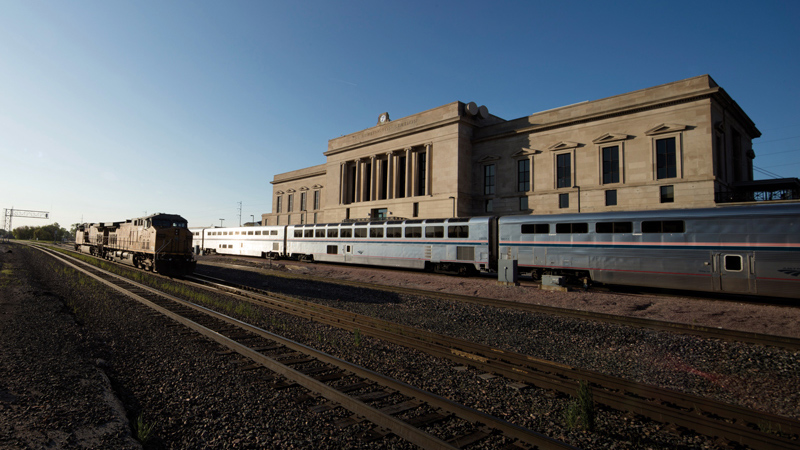 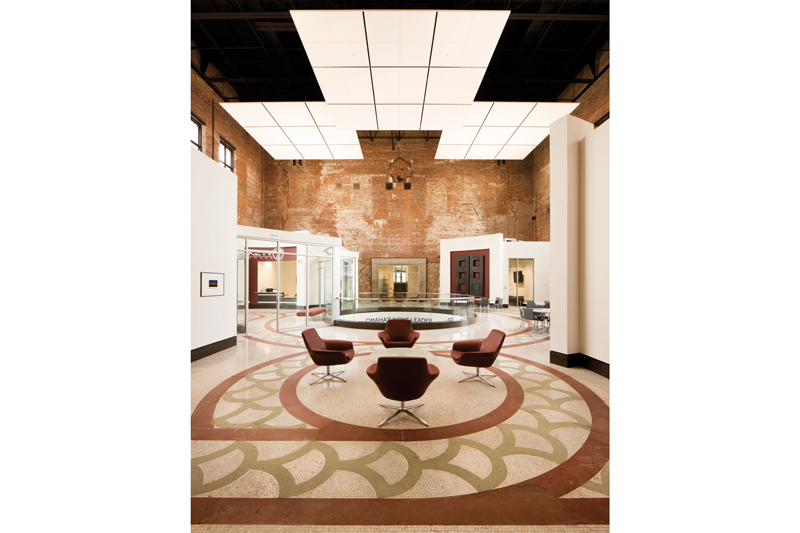 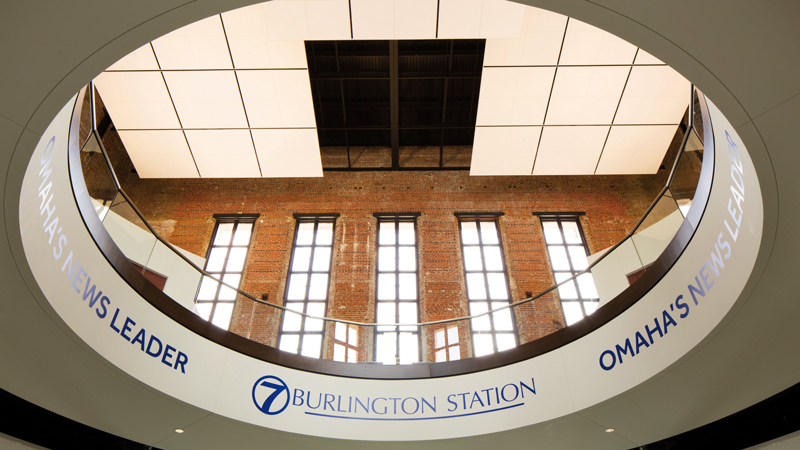 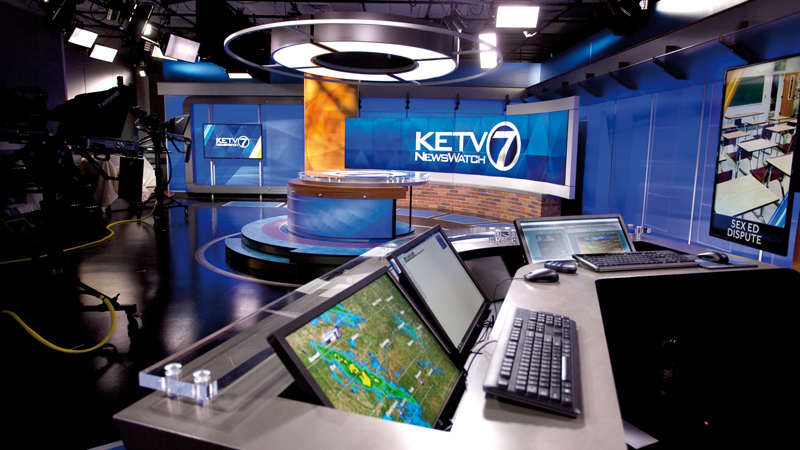 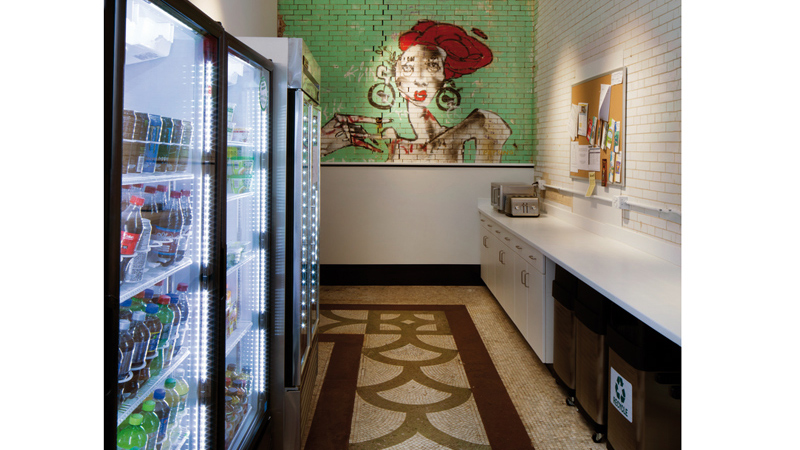 Burlington Station, originally designed by famed architect Thomas Rogers Kimball in 1898, is a landmark in Omaha’s history. After 40 years vacant, LEO A DALY has adapted the historic structure into a state-of-the-art broadcast headquarters for KETV. The Atlantic’s CityLab recently reported on the project.

Excerpted from the CityLab article by Karim Doumar:

For nearly 40 years, Omaha’s historic Burlington Train Station collected dust. After Amtrak moved its passenger terminal into a small, forgettable structure right outside the historic building in 1974, pigeon feathers covered the mosaic floor of the grand hall and graffiti artists used its walls to practice their skills. During the winter, many of Omaha’s homeless population sought refuge in the abandoned building just blocks south of downtown.

Burlington Station was on the verge of being unsalvageable until suddenly, in 2015, the station was brought back to life. After two years and $22 million of renovations, local ABC-affiliate KETV moved in. The station has been broadcasting the evening news, live, from Burlington Station ever since.

As Omaha’s local TV station, KETV’s job is to tell Omaha’s story. President Ariel Roblin saw an opportunity to do just that by moving the local news outlet from its 50-year home on Douglass Street, just west of downtown, into Burlington Station.

The idea was that through renovations, the train station could be transformed into a state-of-the-art TV studio while paying homage to each of its defining stages. She contracted LEO A DALY, an international architecture firm headquartered in Omaha, for the undertaking.

The 48,000 square foot building had several structural issues: The walls were falling apart, the roof was leaking, and there was no permanent electricity, heat, air, or lighting system. “It was raining inside and outside the building,” Roblin said of her first trip to see the space. She was initially skeptical, saying the grand hall didn’t fit the small-town vibe of KETV. Roblin didn’t fall in love with the building until she saw the downstairs section, where passengers once boarded and arrived from trains. That was where she imagined her newsroom and studio.

Architects needed to remove the pillars to make space for the newsroom, which presented a tough task: supporting the upstairs grand hall—and the half-million pound brick wall—some other way. According to structural engineer Kristi Nohavec, solving the problem involved drilling columns 80 feet into the bedrock to provide the necessary support. In the grand hall, though, where KETV receives visitors, holds meetings and has a staff break room, Roblin and the architects at LEO A DALY saw the most opportunity to hearken to several stages of the Burlington’s past.

A few things about the grand hall are worth noting. The brick wall was created during the original 1898 construction. In recent renovations, it only had to be updated. The white stains on the wall come from the 1930 renovation, when the brick was plastered over. In the 40 years of vacancy, water damage slowly pealed away the plaster. “We didn’t cover that up,” said Erin Froschheiser, a manager and architect with LEO A DALY. “We wanted the building to tell its own story.”

Incredibly, the mosaic design of the floor comes from the original 1898 construction, and only slight refurbishment was needed, Froschheiser said. In the middle of the grand hall sits a circular hole that opens up into the newsroom. Originally, this circle held stairs that ferried passengers to the concourse where they would board trains. In 1930, the circle was sealed and the stairs removed. Architects at the time created a new path to the concourse, and the first floor housed maintenance workers and baggage handling.

“Opening this large round oculus brings back this pure cube space of the main portion of the building,” said Nohavec. The floor of the grand hall is 90 feet by 90 feet, and the height from the roof to the ground floor is also 90 feet. According to Roblin, opening the oculus was also important to showcase the original design of the building.

It wasn’t just architectural elements that Roblin wanted to keep. She says that since vacancy was such a long and important part of Burlington Station’s history, she wanted to keep a piece of wall art. Most of it didn’t make the cut. For example, a graffiti argument regarding cake didn’t make it. A portrait of a woman, however, did, and now she overlooks the staff lounge on in the grand hall.